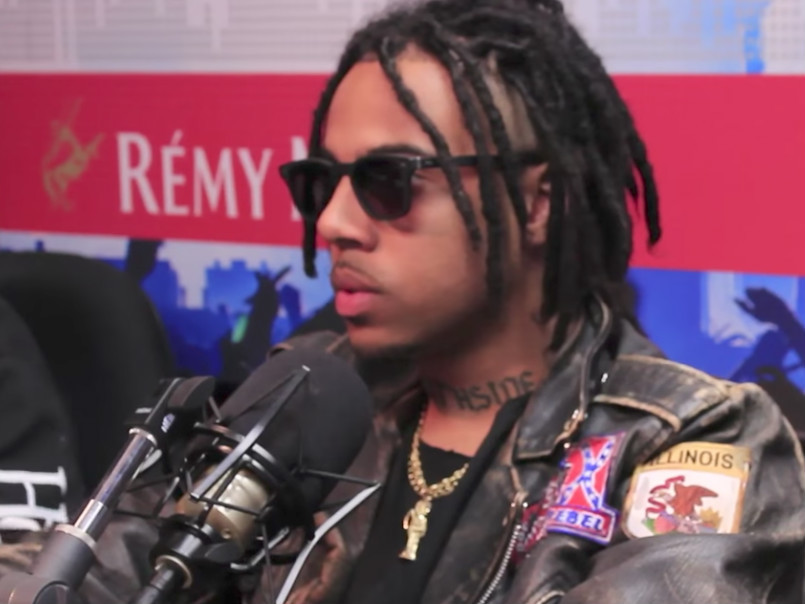 Los Angeles, CA – Vic Mensa is preparing his first studio album, which is dropping on Jay Z’s imprint Roc Nation. His home at the label gives the Chicagoan a behind-the-scenes look at Hov’s empire. In an interview with Real 92.3, he says he knows what Jay Z’s mysterious 4:44 project is. Rumors swirled last week that the announcement was for the Hip Hop mogul’s new album, but a trailer played during the NBA Finals alluded to a movie.

“It’s an important number,” the 24-year-old artist said with a grin. “It’s symbolic. It means things and people will find out.”

While Mensa claims he doesn’t know when 4:44 is coming out, he seems a bit more confident about his thoughts on Bill Maher using the N-word on a recent episode of his HBO show, Real Time With Bill Maher. The comedian quickly caught flak from many notable figures in the Hip Hop community, including Chance The Rapper and Ice Cube.

“I don’t give a fuck about Bill Maher,” Mensa said. “… I do think that was completely in bad taste. That’s why I say I don’t do the Democrat thing, I don’t do the Republican because it’s like that’s an example of a liberal person just really believing that they can say and do whatever they want to do. And they’re down with us.”

Mensa released his capsule, The Manuscript, last week and says he made sure to craft his debut album around those who are down with him, including today’s heavy hitters and his day ones like Smoko Ono. Later in the interview, he said the LP is finished and features a mixture of rapping, singing, storytelling and self-production.

“It’s really, really, really about me kinda like in an Illmatic type of way,” he shared. “There’s features, but it’s all accents. There’s nobody else doing verses on the album.”