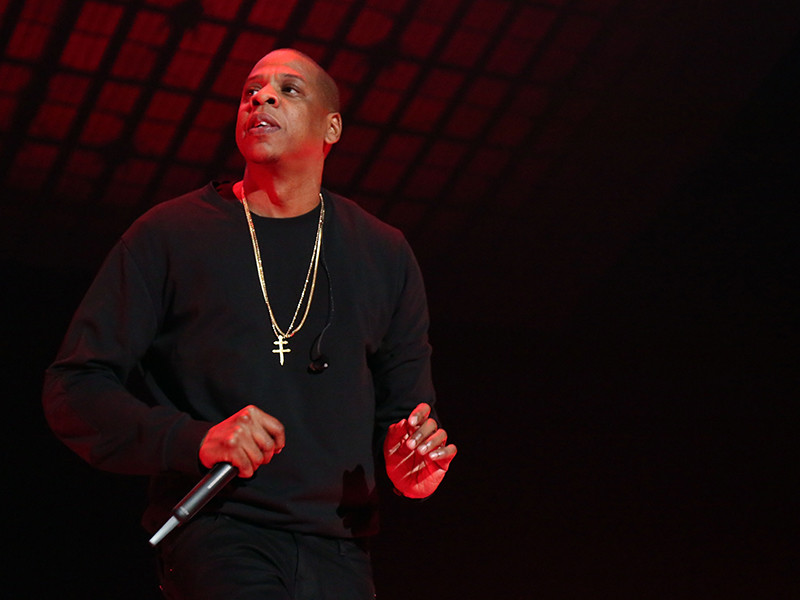 The Internet Thinks Jay Z Is Behind New 4:44 Marketing Campaign — Is He About To Drop A New Album?

When it comes to Hip Hop’s first billion-dollar couple, people love a great “theory.” Proof of this was when Beyonce was recently spotted rocking the same earrings as she did in her “If I Was A Boy” music video — sparking rumors about the sex of her twins. While the intricacy of that is perhaps giving Bey and her marketing team way too much credit, this latest rumor, which centers around an alleged new Jigga album, seems a little more solid.

Mysterious 444 ads have been popping up all over New York City. There's rumors that it may be connected to a new Jay-Z album. ? pic.twitter.com/2aEcplqbSa

Is Jay looking to notch another summer under his belt? There have been numerous clues about a new album floating around for a while now, and Jigga has been spotted in studios with numerous heat-makers. But now a new series of ads has the internet in an uproar. The number 4:44 — which many people noticed being plastered around New York City this week — appeared on many sites in an ad that is rumored to be linked to Jay’s music streaming service, TIDAL.

One Twitter user also noted that there’s a casting call for a Jigga video.

Saw a casting for a Jay-Z video here in LA. So you know what that mean…..

Add all this evidence together, along with his upcoming headlining festival dates, and a strong case can be made for a new album.

While, to be fair, the argument can be made that TIDAL could be advertising anything, it’s important to note the significance of the number four in the lives of the most powerful couple in music. For starters, they both celebrate their birthdays on the fourth (Beyonce is September 4 and Jay’s is December 4). They got married on April 4 (04/04), and have matching “IV” tattoos on their ring fingers. Their daughter’s middle name, Ivy, is symbolic of the Roman numeral letters that represent the number four (IV).

Also, a point that most have overlooked is that July 4 will mark four years since the Magna Carta Holy Grail was released. Perhaps all signs are hinting to a follow-up? Could it be a collaborative album with Jay and Bey? Will it be an ode to Bey? Is Jay Illuminati?

The fact remains that Jay is definitely working on new music and many who have been privileged to hear it swear that we’re in FOUR something special.

Crazy I was in @therealmikedean crib last week w/ Jay , the legend in the flesh .. We’ve compiled some clues as to what the upcoming project may sound like. Let us know your thoughts.