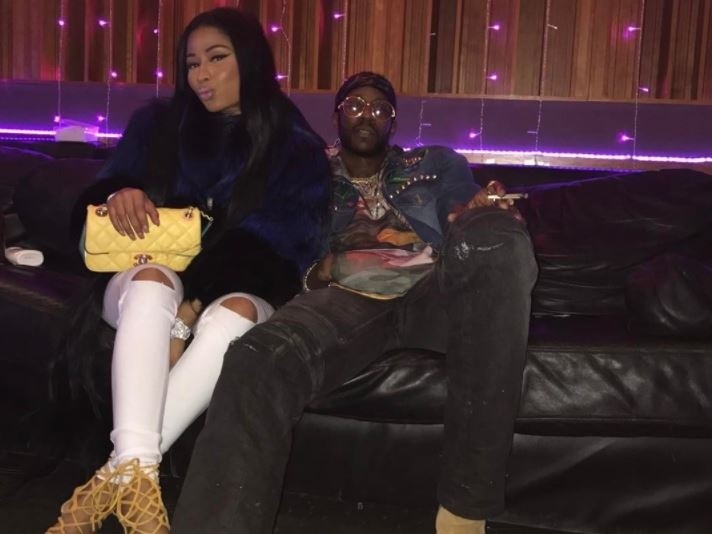 The once-smothered feud between Remy Ma and Nicki Minaj has been given new legs this week thanks to some social media shade and an aggressive “Mask Off” remix courtesy of Remy.

And now that a snippet from a 2 Chainz track featuring Nicki Minaj has surfaced, it’s clear that the Queens rapstress has also jumped back into her feud with Remy.

On 2 Chainz’s “Realize,” which will be featured on the Atlanta rhymer’s upcoming Pretty Girls Like Trap Music album, Nicki goes on to suggest that Remy Ma’s “Shether” record was written by Papoose.

#nickiminaj had some bars for #remyma and #papoose on #2chainz album

Nicki also questioned whether Nas gave Remy his blessing for “Shether.” The Queensbridge wordsmith used the beat first for his iconic “Ether” diss track in 2001 and has been recently spotted with Nicki, setting off dating rumors.

After a series of subliminal disses between the pair of rappers, which spanned over a few months, Remy Ma dropped “Shether” and in the process released one of the most talked about diss records of 2017. Her follow-up, “Another One,” was talked about almost as much, but was widely panned. Nicki finally responded with the Drake and Lil Wayne-assisted “No Frauds.”