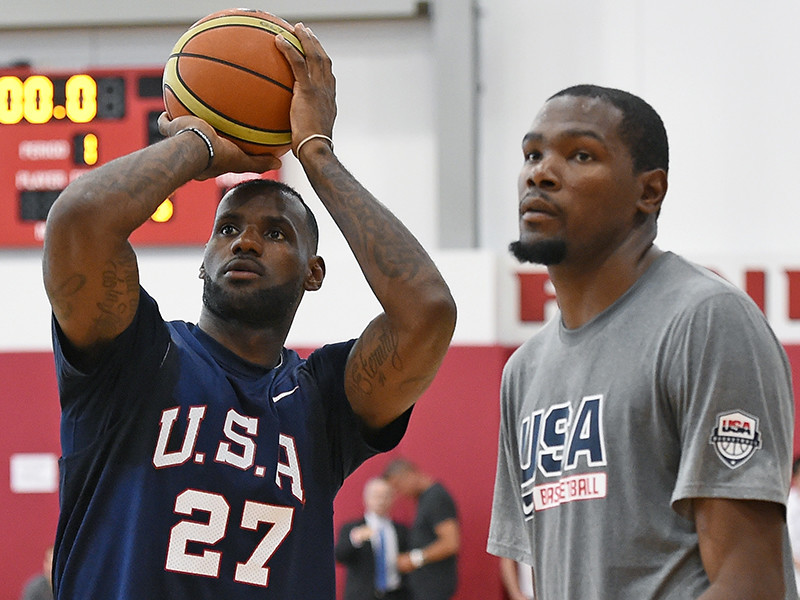 Only 986,770 Retweets To Go Before The LeBron James & Kevin Durant Rap Song Drops

LeBron James and Kevin Durant have never teamed up an NBA court before, but once upon a time they set aside their differences to link up in the booth.

Seriously. As the two men face off in the NBA Finals, a studio in Ohio has dropped a teaser of what happened the time that King James and KD recorded some heat together — no Miami.

Apparently, the track has been vaulted since the 2011 NBA lockout, and came about when KD was working out with James in Akron, Ohio. Here’s how ESPN reported its origin:

“League sources informed ESPN that the Cleveland Cavaliers and Golden State Warriors superstars collaborated on the track during the lockout in 2011 while Durant, then a member of the Oklahoma City Thunder, was visiting James, who had joined the Miami Heat, for workouts in Akron, Ohio.”

But enough talking, let’s get to what we’re all here for. Spider Studios shared a teaser of the track on Twitter over the weekend and, as of press time, it’s gotten more than 13,000 RTs — an relative airball compared to the million they required to drop the whole song.

You know what to do, Twitter. The world needs to hear this in its entirety.