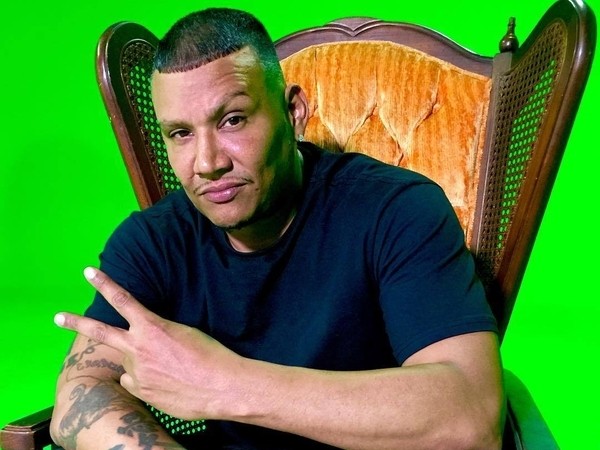 The beef between Cuban Link and Fat Joe is apparently far from over. The contentious relationship between the former Terror Squad members was explored when Cuban Link made an appearance on the Murder Master Music Show.

In the interview, the Big Pun associate claimed he’s been blackballed for years. Cuban Link put all of the blame on Fat Joe, alleging that the “All The Way Up” MC is behind his exclusion from the industry.

“Whoever runs with the fat fuck, with the Fat Joe nigga, bottom line,” Link said of who is blackballing him. “If I wanna do an investigation on it, I’ll tell you names and all of that, but that’s just me exposing names that should ride for him.”

Cuban Link then provided a history lesson of Fat Joe’s connections throughout the industry. Although the Bronx rapper had no proof, he mentioned Loud and SRC Records founder Steve Rifkind as someone capable of blackballing him.

“Joe came in through Chris Lighty,” Link explained. “[He] was the one who backed him when it came to the music. That was his channel. That’s how he got his deal with Relativity [Records]. Then he had his alliances with Steve Rifkind and then after that, the dude from Atlantic Records. I forgot his name. These are powerful people. You doing business with these guys over years, and you make ’em happy ’cause you brought [Big] Pun to Steve Rifkind. You made millions of dollars with Steve, so of course he is gonna be your fucking friend. I’m not just calling out Steve Rifkind, ’cause I don’t have no proof he did anything.”

Link also singled out DJ Kay Slay and DJ Khaled as two people assisting Fat Joe in the alleged blackballing. He shared a story about a time when someone supposedly stopped pushing his music due to Kay Slay’s manipulation.

“There was a time where a nigga in North Carolina came and told me, ‘Yo I can’t move the Cuban Link tape no more ’cause Kay Slay said he is not gonna supply me with his music if I’m dealing with Cuban!'” he said. “So, you’re seeing situations like that.”

The 42-year-old rapper stated there was no possibility of ending his feud with Fat Joe. He claimed Joey Crack would do whatever it takes to maintain a higher position in the rap game and was afraid of his potential ascent.

“Nah, last time we ever rocked or said anything to each other was … none of that ’cause it goes back to the streets and at the end of the day, the street things ain’t settled,” he said. “As far as business, he doesn’t even respect anybody on that level, and he understands that it’s been too far. So if I go up, he is gonna come down. The fear is there.”

Link wrapped up the conversation by describing how his beef differs from Fat Joe’s past feuds with 50 Cent and Jay Z, which both came to an end.

“With me, it’s different because it’s personal,” he said. “We got history together, some great history, some good history and some bad history. He knows what he did to me. I could sit down in the room and talk, but it’s gotta be a both ways conversation where you understand what I’m saying and that’s if I believe you. A person like that, I don’t even believe.”