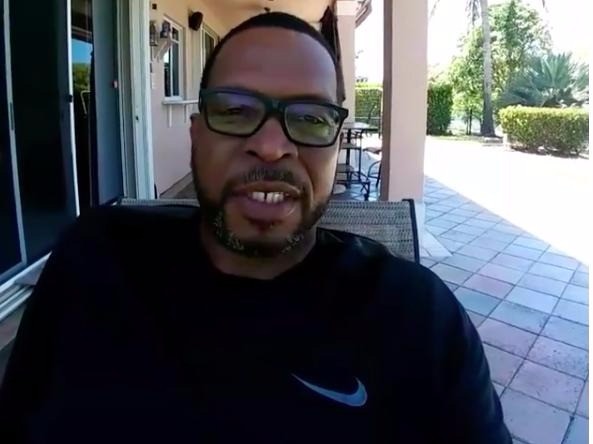 Miami, FL – Uncle Luke is catching some heat on social media for lashing out at DJ Khaled in a recent rant shared to his Instagram account. The main point of contention in Luke’s tirade is that Khaled is not originally from Miami — the city he reps — but moved there from New Orleans.

“My brother, this guy don’t run shit down here,” the 2 Live Crew rapper said. “He just scream ‘Miami’ out. He should be screaming ‘New Orleans.’ He just a settler.

My last part of my 3 part series of giving mr. Peter Thomas reality show guy the history of Miami.

Of course, Khaled has been active in Miami since at least 1998, around the time he started working at WEDR radio station where he co-hosted The Luke Show with Uncle Luke. It seems that bad blood has emerged between the two men since then.

Unfortunately for Luke, social media wasn’t really there for his Khaled-bashing. Check out the tweets below and Luke’s rant above.

@HeadWeird_0 And that Khaled constantly gives Luke all the love in the world in interviews and on wax. Luke's a sad old man.

So here's what bothers me about that whole Luke vs. Peter Thomas & Khaled situation.

Luke is reacting to something Peter said 5 years ago

Wow I hope there's some context to why uncle Luke would say this now as opposed to you know….before khaled became the biggest star in Mia

I hate these ignorant kids that don't know shit. They preach hip hop and don't know who Uncle Luke is.

I respect Khaled and he's cool

Why's uncle luke running his mouth like that let my nigga dj khaled shine in peace ?

Luke’s comments were sparked by remarks from Real Housewives of Atlanta star Peter Thomas who said the “All I Do Is Win” producer “runs Miami.”