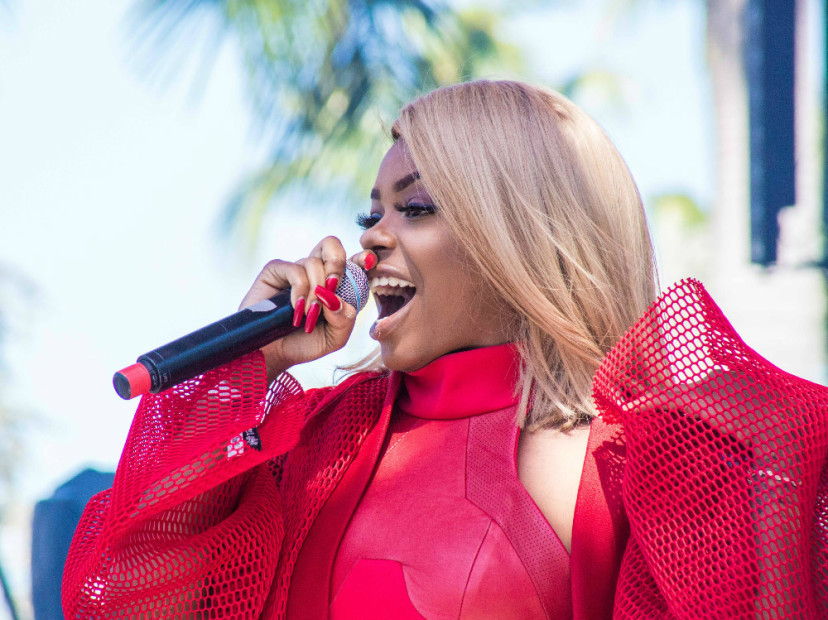 Dreezy Shares Her Excitement Over Being Part Of Issa Rae's "Insecure"

Miami, FL – Despite the vast landscape of today’s game, it’s not hard to notice Dreezy‘s music. The rising Chicago star was a part of Miami’s Rolling Loud festival this past weekend, but has made a nationwide stamp by being included on the soundtrack for Issa Rae’s Insecure.

“That show kinda blew up,” Dreezy tells HipHopDX during the three-day event. “Everybody’s waiting on the second season. I was just watching, it came on one episode, I was lit. Then it came on another episode, I was like, ‘Ok, maybe they’re rocking with me over here.’ I think they’re using a lot of females on the tracklisting, so that’s dope. Shoutout to Issa Rae.”

She applauds Rae for making the show so relatable. In fact, Insecure resonated with so many people, the creator and star was nominated by the Golden Globes for Best Performance by an Actress in a Musical or Comedy Television Series.

“She’s so like a typical female,” Dreezy says of Rae’s character. “She get caught up in nigga situations, too. Like having a boyfriend that don’t wanna get a job, but then she’s got other guys that’s on her bumper and stuff that look good and stuff, it’s like regular stuff. She not no lame female. I like how she just empowering the black girls and stuff. It’s just cool. And she’s not like your typical model. She’s a black female. She look good to me, but yeah the show’s dope. You can relate to it in real life.”

Although the two have yet to connect in real life, the rapper and actress have talked extensively on Twitter and Dreezy is looking forward to when they do meet.

Part of that grind includes touring with Gucci Mane on his Trap God Tour. Dreezy says she feels she’s coming into her own as she begins to master the ropes of traveling, but still admits she’s still gained plenty of wisdom from Guwop.

“It was lit!” she says. “Definitely a good learning experience. It was fun. It wasn’t no boring tour. That was my third tour, so I’m just getting more and more comfortable. … Just seeing him perform every day, just how he always keep a smile on, that’s one thing I can say about Gucci. You’ll never see him not smiling. He’s just a cool, he’s a real nigga. He appreciate the talent, too, rock with everybody.”

Now that she’s slowed down a bit since the tour ended, Dreezy is ready to get back into the studio to “go crazy” for the follow-up to No Hard Feelings. Her debut album dropped in July of last year and is still getting buzz thanks in part to her platinum hit “Body” with Jeremih.

“My album still in there, still going crazy,” she says. “Yep, I think we did a good job.”