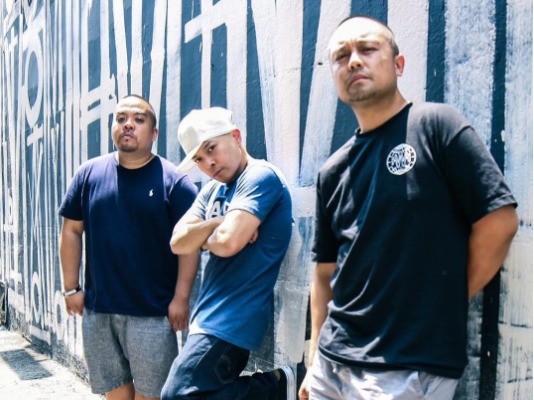 Holed up in Club Vinyl’s green room (which is really just another level of the multi-story Denver club), DJ Qbert, Shortkut and D-Styles of the Invisibl Skratch Piklz (ISP) have just finished a genre-bending turntablism set as part of the Colorado capital’s “420 On The Block” music festival. It marked the first time the turntablist trifecta had ever played Denver as a group, so naturally, they were amped after they stepped off stage.

“In my opinion, it’s a little more fun,” Shortkut tells HipHopDX. “To see all the stuff we’ve been working on over the months and years come together, we’re just more polished. Every show gets better with the three of us. It’s good to know we have material that is timeless to the fans. It’s good to be together.”

While discussing what they had in the works, which includes a follow-up to the 2016 ISP record, The 13th Floor, the longtime scratch musicians revealed they also had an electro-inspired album coming out that includes beats from artists like German producer Doshy, techno bass pioneer Scratch-D of Dynamix II and Egyptian Lover.

Despite not being included in the N.W.A biopic Straight Outta Compton, Mr. Lover was integral to crafting the early sound of West Coast Hip Hop and one of the first to mix dance music with rap (alongside Arabian Prince), something not lost on Qbert.

“To me, he’s the prince of electro-funk,” Qbert says. “He was awesome to work with. He gave us the beat and just wanted us to let people know he’s alive and kicking. I met him about 15 years ago at a show. He had his 808 and stuff, and people were going crazy. He puts on such a great show.”

D-Styles reflects on getting his own 808 to work on his craft following the footsteps of Egyptian Lover.

“Run-DMC and Egyptian Lover were huge influences and some of the first records I ever bought,” D-Styles recalls. “I didn’t get my first 808 back in the day because I couldn’t afford it,” D-Styles adds. “I bought a used one on eBay around 2000. I was excited and at the same time like, ‘Damn I spent this much money.’ It was probably $1,000 at the time, but now it’s worth a lot more.”

The group also acknowledged they were nearly finished with the upcoming ISP record and that the electro album could possibly come out before that one drops. Qbert explained the producers provided all of the beats and all that’s left is to scratch over them. Electro is at the base of ISP’s music and has been since the group’s inception. On a recent episode of Turntable TV, Qbert dedicated the entire show to the genre.

“On that episode of ‘Turntable TV’ we did awhile back, it was like, ‘Damn man, this is like an element that we really love,'” Qbert says. “It’s that 120/133 BPM fast stuff and we just love floating that. It’s like our roots of being scratch musicians. Back in the day, poppers used to pop to it. We used to call them strutters back then. Maybe that’s just a Bay Area term, but that’s when we first got into it.”

For now, the three members of ISP are gearing up for an episode of the Boiler Room in Oakland, and teaching the art of turntablism at the Beat Junkie Institute of Sound in Los Angeles and San Francisco’s Qbert Skratch University. Qbert is also getting back to work with his fellow Dr. Octagon members, Kool Keith and Dan The Automator, who just announced their follow-up to the 1996 Hip Hop classic, Dr. Octagonecologyst. In addition, Qbert and Shortkut are both joining Dan The Automator for another show May 18 in San Francisco. It’s safe to say ISP is back in full effect.

Check out the electro episode of Turntable TV above.