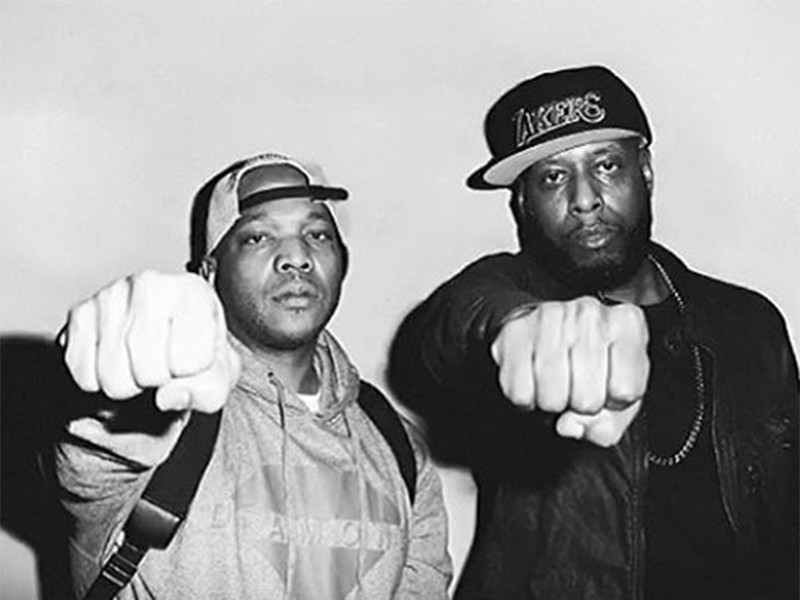 Twitter – It’s not news to anyone with data on their mobile device that Talib Kweli goes hard on Twitter. No matter who you are or how many followers you have, if you come at him sideways, he’ll check you.

His latest feud is a drawn-out saga that has him going back and forth with Brooklyn’s Bekay, a seemingly well-connected MC with a verified account. He’s worked with some bonafide legends, won competitions, appeared on 106th & Park‘s Freestyle Friday, and rocked plenty of stages.

Bekay’s issues with Kweli are an apparent byproduct of Kweli’s long-lasting Twitter conflict with New York rapper Diabolical (one side of which is documented in an essay on Cue Point and the other in a diss track on SoundCloud). After daily back and forths about Kweli being hypocritical, and accusing him of lying to his followers, Bekay attempted to broadly discredit him, claiming that they were acquaintances, having toured together and been in the same studio. Kweli — and his fans — called shenanigans.

“I never met him but we recorded together” ? how? none of this happened your a lying ass groupie FOH @therealbekay https://t.co/ezQYO0f1mX — Talib Kweli Greene (@TalibKweli) April 19, 2017

@TalibKweli @TheRealBekay He doesn’t know Talib but sure was trying to get Talib to remember how he knows him..? pic.twitter.com/hUT5EU6RXa

@TheRealBekay @Jr_rotem why are u tweeting me, lying to ppl saying we toured together? Who the fuck are you? Why u on my dick so hard? — Talib Kweli Greene (@TalibKweli) April 19, 2017

To Bekay’s credit, the two were billed as part of the line-up for the 2011 Hip Hop Kemp festival in Czech Republic. However, the degree to which they associated is unclear, and it can hardly be considered full on touring.  There was significant back and forth following this wave, with Bekay holding his ground with a cobra clutch. Late Sunday (April 23), though, he took it a step further, claiming he was hanging out with D-Block associates who were clowning Kweli’s recent online activity, which is somewhat controversial considering Kweli’s latest collaboration, The Seven, is with Styles P. When pressed for names, one affiliate was brought into the mix, yet he clearly wasn’t having it, and debunked the fact that these affiliates were in fact connected to D-Block.

@TheRealBekay @TalibKweli @therealstylesp @OFFICIALDBLOCK I usually NEVER entertain this type of shit but be my guest tell me who told u dat n I’ll tell u if they wit us — SNYP LIFE ( DBLOCK) (@therealsnyplife) April 24, 2017

@therealsnyplife @NovelNatural @TalibKweli @Tenggareesje Talib have a nice life son, I wish u well, get better man, maybe some meds salute @therealsnyplife will hit u back soon as i talk 2 Jay #1 — Bekay (@TheRealBekay) April 25, 2017

@TheRealBekay @therealsnyplife @TalibKweli @Tenggareesje Whatever a Bekay is. Twitter is not the platform for sticking your chest out, I have more reach here. Get back over to SoundCloud son. pic.twitter.com/U9legw2otE

Styles P eventually stepped in and set the record straight.

@TheRealBekay gonna start off with being a gent as much as possible @TalibKweli is my brother from a diff mother don’t play with my family!!

@TheRealBekay I still wish you peace and blessings but don’t play your self please WE into moving forward and kweli is DBLOCK remember that!

Bekay had a few last words, and for a short while, seemed to be going back to focusing on his upcoming LP.

yo @TalibKweli keep my name out ur mouth, i’ll do the same altho i have ZERO respect for u i’ll still be the bigger man, i wish u well bye — Bekay (@TheRealBekay) April 25, 2017

As of Tuesday afternoon (April 25), they’re back to arguing online. Follow Bekay and Kweli on Twitter for the latest.