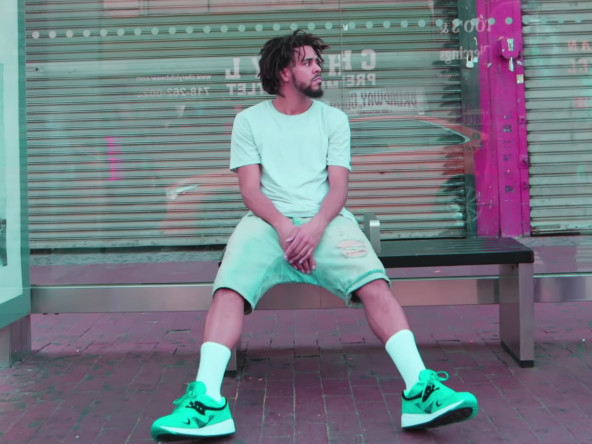 J. Cole Invites Fans To Observe The World With Him Via "4 Your Eyez Only" HBO Documentary

Fayetteville, NC – J. Cole’s rise to rap superstardom is still one of the more unexpected journeys in Hip Hop music, and the platinum-selling North Carolina rapper seems to realize this. In a new HBO documentary set to air this Saturday (April 15), Cole turns his attention to some of the cities, areas, and people that inspire his art.

In a profile by the New York Times, the rapper born Jermaine Cole reveals a bit more of his notoriously private life yet still keeps the spotlight largely on his work and not himself. In the span of the interview, Cole reveals that he and his wife, Melissa, have a new baby, but would not share the gender nor name with the Times.

Also noted in the profile is Cole moved back home to North Carolina not far from where he grew up and has settled into the life of reluctant rap star. An ongoing mantra of being a better listener en route to stardom is present throughout the profile, and Cole urges that is the entire point of “J. Cole: 4 Your Eyez Only” documentary, borrowing from the title of his latest studio album.

“I felt like it would be mad powerful for black people to see black people talking to each other. And you see a rapper who’s considered one of the biggest in the game, just listening,” said Cole.

And in the documentary, Cole, and director Scott Lazer reveals those conversations in cities like Ferguson, Missouri, which he famously visited in the wake of the death of Michael Brown, or his father’s hometown of Jonesboro, Arkansas, soaking up some of local Black history.

While Cole remains largely private and insular, he believes his greatest gift to fans, supporters and observers alike are to observe and listen himself.

“J.Cole: 4 Your Eyez Only” airs tonight (April 15) on HBO. Check your local listings for times.