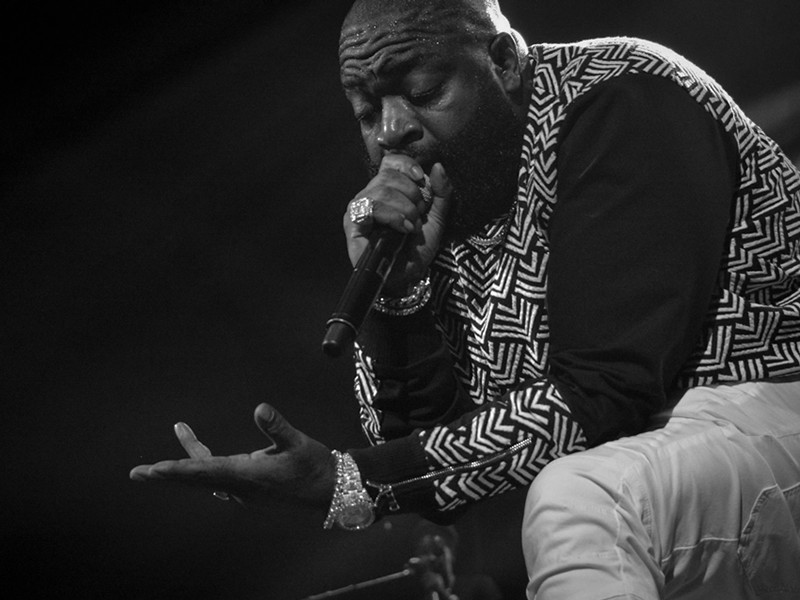 Atlanta, GA – Rick Ross, real name William Leonard Roberts III, will not face any jail time after pleading no contest to several charges stemming from an incident in 2015.

The two claimants in the case had argued that both Ross and his bodyguard had pistol-whipped them at Ross’ Fayetteville home, leading to charges of aggravated assault, battery and pointing a pistol at someone.

The incident came after the two service workers threw a party at Ross’ estate without permission, and when Ross found out, he allegedly pointed a gun at his groundskeeper and forced him into a guesthouse, where he beat him with the weapon.

According to the Atlanta Journal-Constitution, Rozay pleaded no contest to all of the charges. He was sentenced to time served and a $10,000 fine for the felony charge (Ross is a first-time felony offender). For the misdemeanor charges (including a fifth charge for possessing cannabis), Ross was sentenced to 60 months of probation — meaning that he won’t see the inside of a cell.

The sentence also stipulates that Ross can’t use drugs or alcohol, must undergo anger management, can’t possess firearms, and must have no contact with the victims. A search clause is also included in the probation.

Ross’ no contest plea evaded the need for a full trial, something judges often take into account when rendering a sentence. The terms of Ross’ probation do not include any restrictions on his travel — which will really free him up to shoot that movie with Gucci Mane.

Ross spoke briefly to a reporter about his decision to plead no contest:

Rapper Rick Ross takes my microphone before giving it back as he makes a statement about pleading no contest to 5 misdemeanors in a Kidnapping and assault case. More of what he had to say at 11. @wsbtv

This is the statement the Fayette County DA put out regarding his decision to reduce felony charges to misdemeanors for rapper Rick Ross. @wsbtv

Ross has been on Twitter since the court’s decision, praising God before getting back to business.

back to da money

Perfect day to boss up