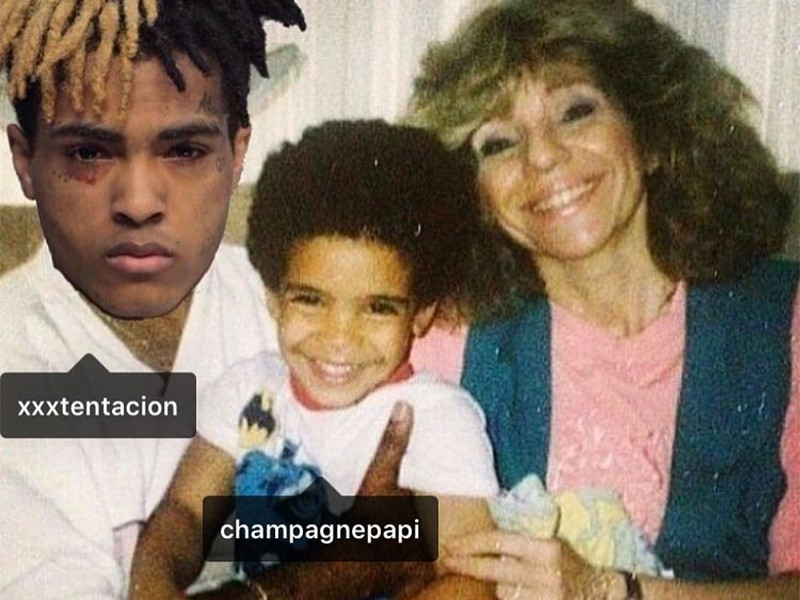 Newly free Florida rap upstart XXXTENTACION has continued his online assault on Drake (and Drake’s family members), but recently outlined the way for Drizzy to earn his respect.

In a video uploaded to social media, which was then re-shared by DJ Akademiks, XXXTENTACION stressed that if Drake was more original with his tunes he’d be willing to give the rapper kudos.

“If he can do a whole fuckin’ album, right? Or at least two to three fuckin’ songs, originally,” X said. “That does not sound like anybody else’s cadence. Or does not have a fuckin’ sample. And just sounds like him originally. He’ll get my kudos. I’ll run around the street butt-ass-naked. I’ll tattoo Drake’s name on my ass cheek.

“If he can be original for even two seconds,” he added. “Or out-rap me for two seconds. Or if he can go on stage and sing a cappella. Sing any of his songs a cappella with no autotune. And record a song with no autotune. Then maybe, just maybe, I’ll shut the fuck up. But until then, guns blazing. And it’s not gonna stop cause I got a very, very, very strong fanbase.”

#xxxtentacion details how #drake could get his respect

XXX’s video came around the same time a IG fan page for the teen rapper (with 354,000 followers) uploaded a photoshopped image of the Florida rapper holding a toddler Drake in his lap. Drake’s mother, who the rapper has recently expressed an affinity for, is also pictured in the throwback photo.

Despite his frequent critiques of Drake, a recent tweet pulled back the curtain a bit on his shenanigans.

After a Twitter user stated that “XXXTENTACION only starting stuff with Drake so he can get publicity to his name,” X responded “truth! and it’s working too :-)”