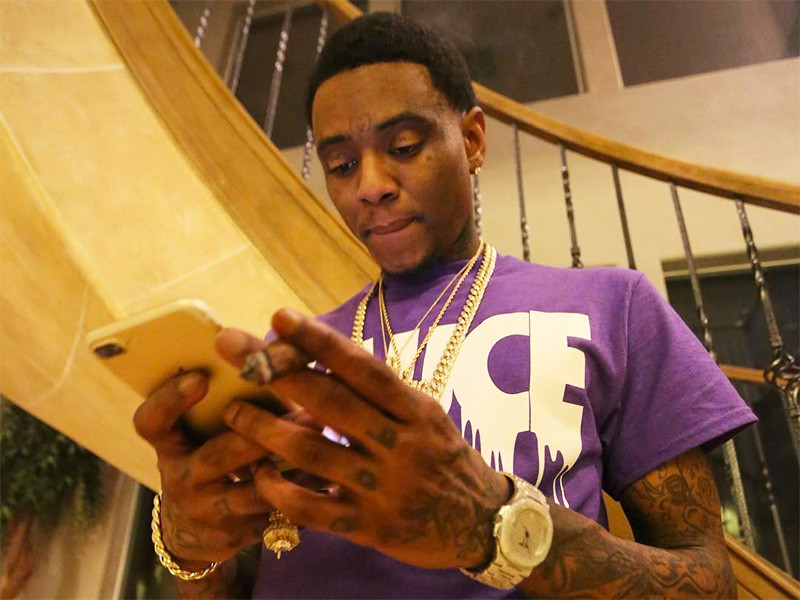 Soulja Boy Is Now Beefing With His Own Family

After it was finally confirmed that Soulja Boy wouldn’t be fighting Chris Brown after all, the Hip Hop community immediately began to wonder who the rapper would start beefing with next.

Not many people would have guessed that Soulja Boy would have ended up sparring on Twitter with his own family.

In a tirade on Twitter that he has since deleted, Soulja Boy called his mother “a crackhead” and wrote: “If you gave ur mom a 100,000 and she spent it in a week you would be mad too. It’s a long story. Fuck people that don’t appreciate you. I made my first million when I was 17 and took care of my whole family since then.”

#SouljaBoy calls his mother a crackhead and says his brother is looking for a come up ? (view previous post)

He also promised an impending interview to clear up “all these fake ass stories.”

New interview coming soon clearing all these fake ass stories up. Love y'all

The outburst follows the emergence of a video by Soulja Boy’s brother John Way, claiming that Soulja Boy left him and their mother behind in the hood after he blew up. John Way also dropped a diss track called “Overdue” where he claims that Soulja Boy lies about sleeping with Rihanna, and brags about shooting someone even though it was in self defense.

We somehow don’t see Floyd Mayweather and 50 Cent getting involved in this one.