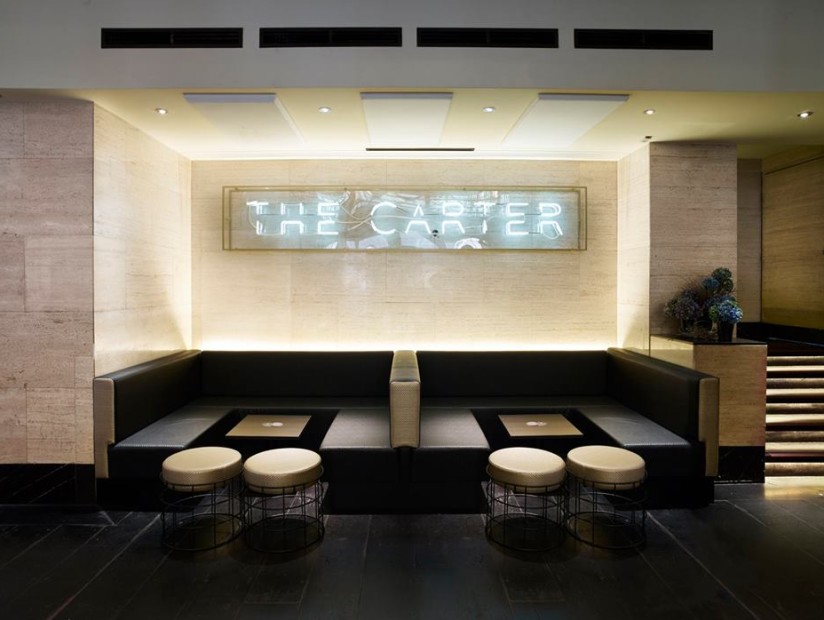 Sydney, AU – A crafty restaurant in Sydney, Australia found its inspiration within Hip Hop and the union between Jay Z and Beyoncé and called itself The Carter.

Launched on February 12, the bar not only takes after Jay and Bey, but it also includes obvious influences from Kanye West, Nas and The Notorious B.I.G., among other Hip Hop notables, made evident by their menu options.

Foodies have the choice of enjoying a plate of Nas Sticky Lamb Ribs with House Pickles paired with a gin cocktail called Pablo, or perhaps a dish of Obama fried chicken, waffles with a side of seedless watermelon, among other borrowed delicacies.

Of course, The Carters have their own plate titled The Carter Chicken Wings or Beyoncé’s Hot Sauce Wings, a clear ode to Bey’s popular “Formation” lyric: “I got hot sauce in my bag, swag.”

“The Carter was inspired by New York’s great architecture, food and controversial entertainment,” venue manager Chady Khouzame told The Music. “Jay Z and Beyoncé have always been at the centre of controversy which is what inspired our hidden messages in artwork surrounding the bar and the murals on the wall in the basement.”

The restaurant’s decor boasts gold ceilings à la Watch The Throne, mixed with graffiti murals drawn by “a female artist from Melbourne who doesn’t want to be named,” The Music reports.

Diners also have a variety of drink choices that range from a vodka Kimye, a Tequila Hov or cognac Obama Out, among other cocktail options named after the culture’s most notable figures.

The Carter also doubles as a nightclub named Magic City, formerly known as Red Room, after hours, which has been in operation long before the restaurant opened. Maybe an ode to Atlanta’s popular strip club of the same name?

Check out The Carter menu below.