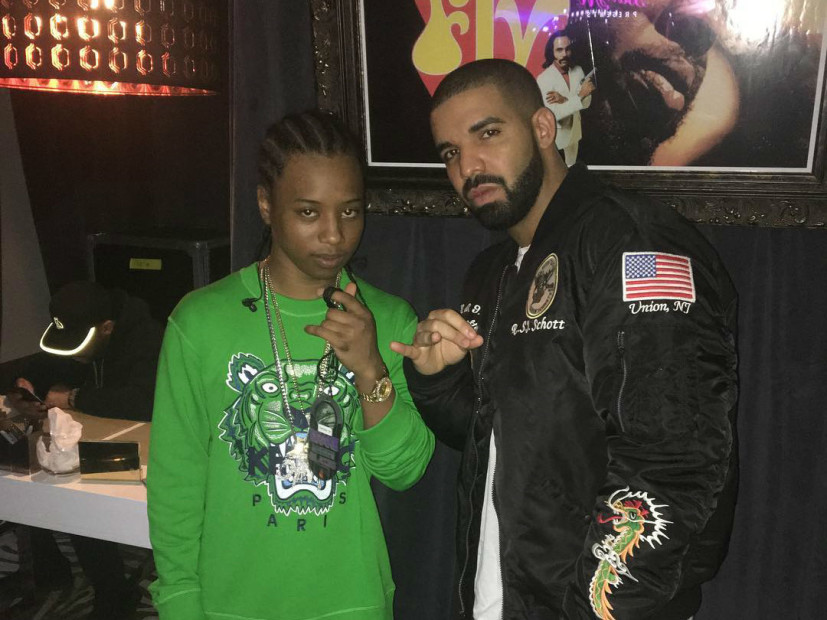 Toronto, ON – Authorities are questioning how Toronto rapper Pressa is traveling overseas with Drake on the Boy Meets World Tour when he is facing serious charges, according to the Toronto Sun.

Pressa, born Quinton Gardiner, is facing charges of kidnapping for ransom and assault with a weapon after his alleged involvement in a kidnapping and shootout at a condo in the city nearly a year ago. At the time of the incidents, police told the Sun that they believed the 20-year-old rapper was a leader in a local gang called Young Buck Killas.

Gardiner received a bail variance that allowed him to “leave the country for work purposes” for a date range corresponding to a stretch of the tour.

Pressa has been showing off his luxurious tour lifestyle on Instagram.

I can get use to this, Treat my brothers kids like they one of my kids #Tourbus #BMWT

He also addressed anyone who has issues with him “flaunting” his success.

“I find it troubling,” Inspector Mike Earl told The Sun. “Here’s a guy [who’s] supposed to be on bail on serious charges. Why is he permitted to leave country and tour with somebody who is a literal mentor to the city’s youth?”

Drake received the key to the city of Toronto last year for his contributions and leadership to the community.

Gardiner was arrested in August for allegedly breaching the conditions of his bail. He is scheduled for a court appearance in the kidnapping case October 20.

Meanwhile, his song with Toronto compatriot Tory Lanez has gotten more than 633,000 plays on YouTube since its release on February 11.