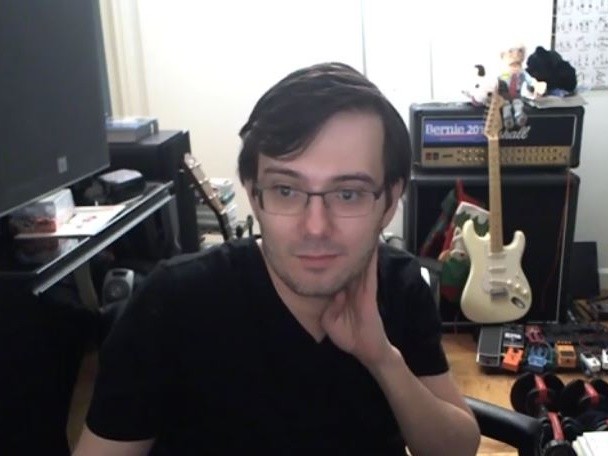 An event billed as An Evening With Martin Shkreli that was set to feature a listening session with unreleased music from Wu-Tang Clan has been shut down.

According to an Eventbrite page for the event, which was scheduled to take place on February 20 in New York City, “An Evening With Martin Shkreli” was going to start off with the notorious former pharmaceutical exec sharing his thoughts on “investing, healthcare and politics,” and would have gradually morphed into a more lit “bar session.”

During the post-lecture bar session Shkreli was to “play tracks from his unreleased music collection (Wu-Tang and more).”

Shkreli made headlines in 2015 for buying Wu-Tang Clan’s one-of-a-kind Once Upon A Time In Shaolin album for $2 million. More recently, he appears to have gotten his hands on Lil Wayne’s highly anticipated Carter V, although he has promised not to leak any more of it.

According to Shkreli, the event was canceled by the host venue Webster Hall after they began receiving threats. Shkreli has been met with resistance from protesters at recent talks at UC Berkeley and Harvard.

“Webster Hall has cancelled the 2/20 event…It’s sad that a couple of threats can cancel a 500 person event people wanted to go to,” Shkreli wrote in two separate Facebook posts.

A rep for Webster Hall also issued the following statement to Pitchfork about the canceled event: “Officially, it is not happening.”

Given that the Eventbrite page for An Evening With Martin Shkreli is still live, there is the chance that the event could be rescheduled.