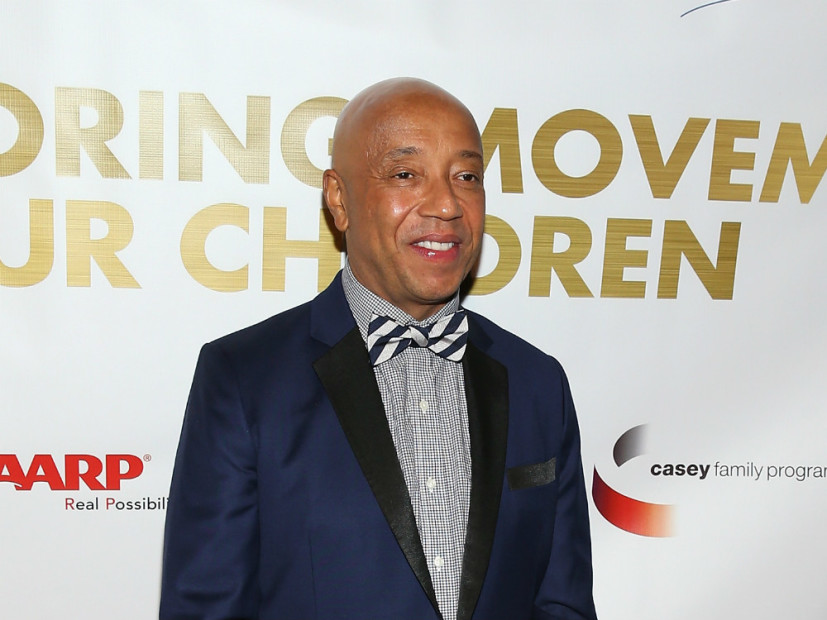 Russell Simmons Explains Why Selling RushCard Is For The Best

Judging from the energy in his voice, Russell Simmons has great passion for RushCard and the industry he ignited—prepaid card services. He’s swatted naysayers who’ve accused his creation of preying on underserved communities since launching RushCard roughly 15 years ago.

His company weathered a potentially business-killing event when, in 2015, a failed migration to a new transaction processor left thousands of cardholders unable to access funds. He described that experience to HipHopDX as “one of the most devastating times in my adult life.” He worked with regulators, put aside $25 million to repay injured RushCard holders, then promised to “spend a lot more money than that in the community” through programs such as RUSH art and education and peacekeeping initiatives.

And through the turmoil, Uncle Rush remained undeterred. Last week (February 1), RushCard announced it was being acquired by competing prepaid card services company, GreenDot, for a reported $147,000,000. Speaking exclusively with HipHopDX, Simmons reinforces his commitment to the company and its community-focused endeavors.

“I believe that with this partnership we’ll be able to do a lot more for our consumers,” Russell Simmons says. “It’s the same reason that Def Jam sold and Phat Farm sold. It’s the same reason. If you love a company and you want it to grow and you see better resources or more resources that you can use to make the company better, you weigh that into your analysis of why you sell or don’t sell. Hopefully, you take on partners that make the company better. I’m sure GreenDot will be just as good as Universal was for Def Jam.”

HipHopDX: There were rumors that GreenDot’s investors weren’t happy about the company’s stock value over the past five years and that Harvest Capital went activist…

Russell Simmons: I can’t comment on that. I think they built a giant company that’s incredibly successful. They’ve had a great vision. I’ve watched it unfold. When the stock went down, I bought it, the only stock I’ve ever owned. I invest in myself. The only stock I’ve stock I’ve ever owned. I put my money in AAA convertible bonds. They’re less than AAA now but I have them spread out. I don’t invest in markets because I don’t study other companies. I knew, because I was in this industry that that company was undervalued at that time. I made a bunch of money when I invested in GreenDot.

To me, GreenDot’s stock, their business, what makes them great… I’m not here for that. I’m here to build RushCard. I’m still going to work every day to build RushCard. It’s a commitment to the community, whether it’s financing things like the Million Man March or financing things like a peacekeeper in the community—these kinds of things that we do in the community, we’re gonna continue to do. We’re going to continue to work with RushCard to make RushCard continue to be responsible to the consumers in ways that other financial services companies have not been or are not interested in.

DX: Given that we have a new administration, a new Treasury Secretary, etc—what effect if any do you see this having on the FinTech industry?

Russell Simmons: The perception that RushCard or GreenDot or any of these cards are for underserved communities only is wrongheaded. People have it because it was created for those people, but it’s certainly not limited to them. We’re going to unfold new services that banks don’t provide. You can keep 10 credit cards in your pocket, but the way we do card-to-card services is pretty expensive. The future of that is going to be in laying out new ways to transfer money from card-to-card and to other cards. There are other things that I can’t talk about because they’re on our road map, but there’s innovation that’s being worked on now that’s actually being executed. Certainly, there are consumer needs that every American needs and UniRush is providing services that other companies don’t. That’s really, for me, what’s exciting about it. They say it’s an alternative form of banking for a lot of Americans. It’s a lot more Americans that should use this, but I think that’s a branding exercise and people have fought to understand all that we do do and it’s essential for every American to have one of these in their pockets. That’s my goal.

DX: Has RushCard worked through all of the challenges related to the 2015’s transaction processor failure?

Russell Simmons: All that stuff is behind us. We’ve paid back our consumers and worked with the regulators. I’m hopeful that that’s behind us. We were guilty of no wrongdoing. I’m sure our consumers know that. We’re growing now faster than we’ve ever grown. Last quarter was the fastest quarter in the history of our company’s in growth.

Again, I believe that with this partnership we’ll be able to do a lot more for our consumers. It’s the same reason that Def Jam sold and Phat Farm sold. It’s the same reason. If you love a company and you want it to grow and you see better resources or more resources that you can use to make the company better, you weigh that into your analysis of why you sell or don’t sell. Hopefully, you take on partners that make the company better. I’m sure GreenDot will be just as good as Universal was for Def Jam.

That’s my experience. I’ve built lots of businesses as you know. I’d just like to see them do well. Whatever does well for the consumer and grows the company is a better place than a small approach or what might make even more money. Holding on to this company now in a time of growth might be a good decision for some, but for me, this kind of growth could be multiplied with a good partner.

DX: What advice do you have for young people who are uncertain about the direction our country has taken?

I encourage all young people… when you vote, whether you win or lose, you’ve expressed your view. Your intention is even sometimes greater than the result of that intention. If you don’t vote, then if there’s someone in office that you didn’t vote for commits an act in your name that you don’t believe in, at least you voiced your opinion. It’s liberating and empowering to embrace your opinion. I encourage everybody to share their opinions in this debate that’s going on in this country. I’m not happy with the direction of the country and I voiced my opinion. It’s the American thing to do. It’s the human thing to do. As long as it’s nonviolent. As long as it’s creating dialog about what’s in your heart, it’s very important to do so. So I encourage everyone to use their voice.