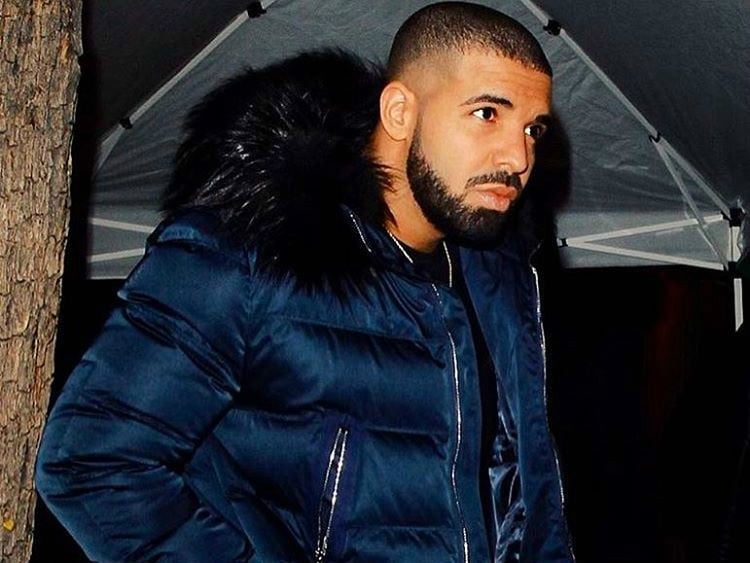 At the age of 33, it’s fair to say that Donald Glover (who raps under the name Childish Gambino) is finally getting the respect he deserves.

Atlanta — the FX show he created and stars in — is winning awards, his latest album Awaken My Love! has been lauded by critics, he’s been cast to play a young Lando Calrissian in a Star Wars spin-off, and now he’s got a co-sign from one of the world’s most famous rappers.

Drake shared a photo of Glover sitting alongside Nineteen85, the man responsible for the beats behind some of Drake’s biggest tracks (“Hotline Bling,” “One Dance”) with the caption “Very Inspiring Humans.”

Drizzy didn’t give away much more than his opinion on Glover, but with his More Life playlist coming out later this year and several collaborations already confirmed for the project, it wouldn’t be crazy to assume that the two artists are working together. Having Drake’s producer in the pic only adds weight to our theory.

Nineteen85 clearly thought the moment worth sharing. He also posted the picture to Instagram, this time with the caption “Culture.”

Drake’s appreciation for Glover isn’t exactly unique, the guy is beloved by many — so much so, in fact, that we did some digging to see if anyone on Twitter is talking shit on one of Hollywood and Hip Hop’s fastest-rising stars.

Sleuths that we are, we Twitter searched the phrase “Donald Glover sucks” and guess what we found:

I know it sucks to be a Falcons fan rn but Donald Glover didn't make a show about fuckin Massachusetts. So who's the real winner, ya know?

This sucks, but Donald Glover playing Lando in the next Star Wars movie is worth the delay. https://t.co/rIvlbUrFoV

Understandable, Donald Glover IS going to be young Lando. But that still sucks. https://t.co/Mqi30nVpa2

What have we learned? Even people who are using the word “sucks” in the same sentence as “Donald Glover” are talking about how much they love Donald Glover.