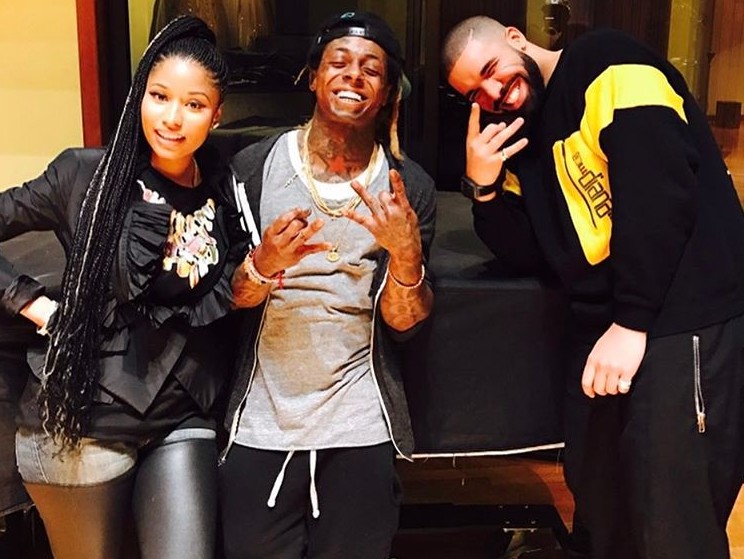 London, UK – Drake had just gotten off the phone with Nicki Minaj before he hit the stage in London during his Boy Meets World Tour and revealed to the stadium crowd in attendance that there may be a Young Money reunion tour in the very near future.

Drake saying their's going to be a Young Money Reunion tour ? who's here for this !?!

A video posted by Our Generation Music (@ourgenerationmusicco) on Feb 5, 2017 at 4:46pm PST

The last time Young Money went on tour was in 2009 following the release of their We Are Young Money compilation album that included the highly successful single “BedRock” featuring Lloyd, which peaked at #1 on the Billboard charts.

The announcement comes on the heels of Nicki posting a picture of herself, Lil Wayne and Drake in the studio together on Instagram.

Wayne’s official Facebook account hinted at three upcoming musical releases at the beginning of 2017 — Tha Carter V, Funeral and Dedication 6 — but most headlines overlooked the Young Money tag that could have been another clue about a reunion.

Only time will tell — but this time around, no Tyga.