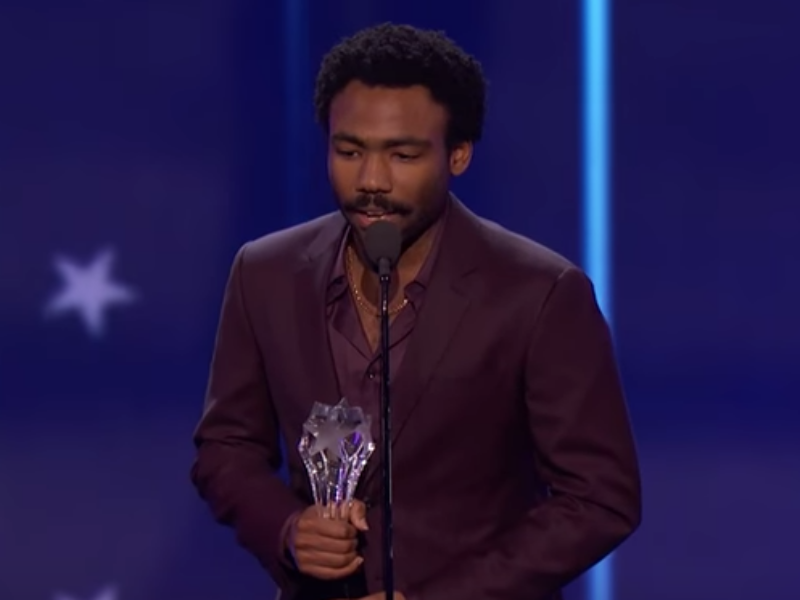 Santa Monica, CA – Donald Glover has furthered his reputation as a master of all trades by scooping up the award for Best Actor In A Comedy Series at the Critics’ Choice Awards on Sunday night.

Glover won the role for his performance as Earn Marks in season one of Atlanta, the FX show that he created himself.

In the category, Glover beat out other heavyweights such as Star Trek‘s Patrick Stewart and Saturday Night Live‘s Bill Hader — as well as Will Forte, Anthony Anderson and Jeffrey Tambor.

The 33-year-old looked more surprised than anybody as he made his way to the stage to collect the award, and gave a similarly shell-shocked speech, thanking all of those who helped make Atlanta.

“I really was not expecting this because the category had so many great actors who I admire in it,” he said. “But I’d like to thank FX for letting us do everything we wanted to do and not being like ‘That’s nuts, you can’t do that.’

“It’s great to work with people with no ego, no divas and I just really want to thank all the great television and all the people who are making really great stuff right now. It’s great to see and meet everybody who is doing great things and I’m just really appreciative to be up here right now.”

Watch the speech in full below:

Atlanta lost out in the Best Comedy Series category to Silicon Valley, prompting Atlanta star Lakeith Stanfield to pull a Kanye and crash the stage, but it seems as though people understood the joke and there were no hard feelings.

Earlier this month, Glover released his latest album Awaken, My Love! to many positive reviews under his rap name Childish Gambino.