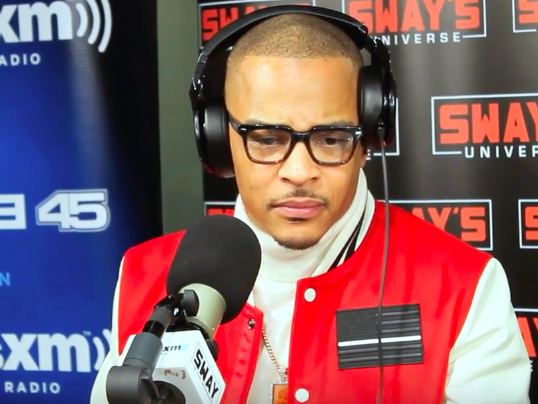 Following Lil Wayne’s controversial comments concerning the Black Lives Matter movement during an interview with Nightline where he dismissed the organization, family friend and frequent collaborator of Wayne, T.I. publicly challenged the Young Money rapper over the interview (along with all of Twitter).

“I KNOW you wired a bit different than most other responsible adults, but still nigga U TRIPPING!!!!” Tip wrote in a lengthy Instagram post. “I don’t know what you goin thru, or what you are attempting to avoid but this shit is absolutely unacceptable!!!! You’re disrespecting yourself, bringing shame on your family name & tarnishing your legacy.”

T.I. took the time to clarify his response to Wayne during a sit-down interview on Sway’s Universe. He explains that his children showed him the interview and his reaction was natural as he considers Tunechi to be a family friend.

“One thing I will not do, I ain’t gonna let nobody sit around and bash bro,” the Atlanta rap star says. “I feel like I have that relationship with him where I can say that. I’m not gonna sit around and listen to nobody else say that. However he feel about me saying that, me and him we can deal with that when we see each other. He still a legend, he still in my eyes one of the greatest to ever do what we do. In a way, I kind of did it so the people wouldn’t be able to do it. I felt like everything I said I said out of love and I used Instagram as a forum because it was such a public matter. It wasn’t really me speaking to him as much as it is speaking to the kids I know that’s following him.”

Weezy’s daughter, Reginae Carter, questioned T.I. for using social media to address the matter instead of discussing the issue with her father in private.

The New Orleans-bred spitter eventually apologized for his words and also fired his publicist in the process.

“When the reporter began asking me questions about my daughter being labeled a bitch and a hoe, I got agitated,” Weezy told TMZ. “From there, there was no thought put into her questions and my responses. Apologies to anyone who was offended.”

Watch the full T.I. interview on Sway’s Universe below.