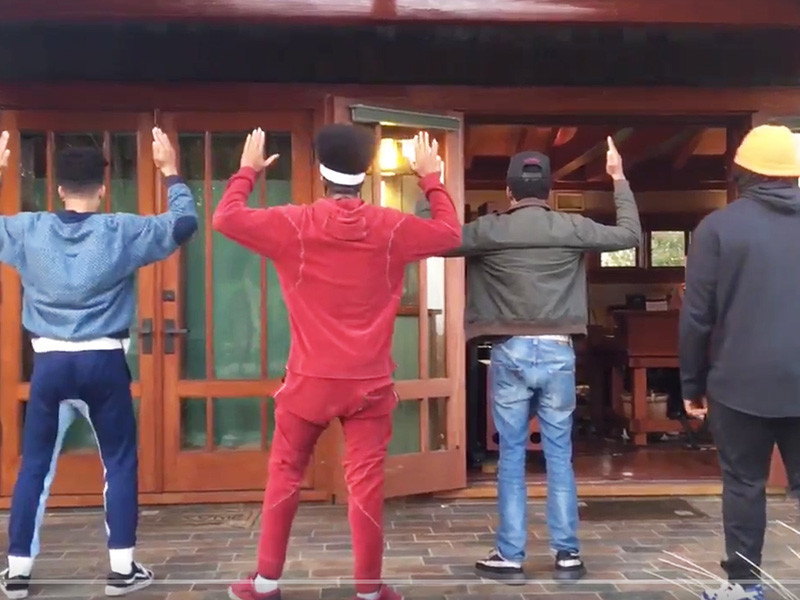 Chance The Rapper Dances His Worries Away With #OptimisticChallenge

Feeling the creep of existential dread about the fate of the free world today? Or maybe you just want to watch some choreographed dance routines?

Either way, Chance The Rapper has got you covered.

Lil Chano posted a clip to Twitter on the eve of President Donald Trump’s inauguration where he and his boys (including Ventura-based rapper Kyle) got down to the groove of Sounds Of Blackness’ 1991 hit, “Optimistic.”

@chancetherapper we appreciate the video and the Love! We all have to remain Optimistic and hopeful #OptimisticChallenge

The soon-to-be-everywhere challenge seems to have started with a post from YouTube/social media personality Jay Versace, who welcomed in 2017 with some unfettered joy.

After Versace’s post took off, others running-man’d their way into the action.

Mom: What do you even do in school

Now that Chance The  Dancer has brought even more attention to the phenomenon, it seems like people have started recruiting to get their own dance troupe together.

It wouldn’t be the first time Chance inspired a viral sensation — his “So Gone” challenge from August has almost 260,000 retweets and inspired hundreds of imitators.

In recent weeks, viral campaigns have helped launch two rap songs to the top of the Billboard Hot 100 chart, with Rae Sremmurd’s “Black Beatles” making moves after everyone else stopped to do the #MannequinChallenge and Migos’ “Bad and Boujee” soaring after Rain Drop, Drop Top memes started popping up all over.

Could this be the big comeback “Optimistic” has been waiting on for more than 25 years?

Check out what people are saying about the #OptimisticChallenge on Twitter below.

Black America needs to do a collective #OptimisticChallenge tonight ??✊? #InagurationDay2017