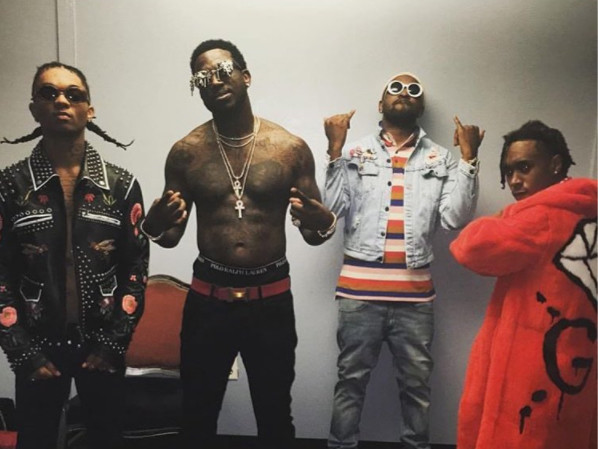 Previously holding the number nine spot on Billboard’s Hot 100 chart, Rae Sremmurd’s “Black Beatles” featuring Gucci Mane has catapulted to number one, marking a first for both artists. Gucci broke into the Top 10 for the first time in early October thanks to the third single from the duo’s SremmLife 2. The album also skyrocketed 126 percent in sales to land at #5 this week, its highest position after debuting at #7 in August.

Released on Eardrummer/Interscope Records, “Black Beatles” became the unofficial soundtrack of the recent #MannequinChallenge viral sensation and even got an endorsement from one of the original Beatles, Sir Paul McCartney. With his nearly three million Twitter followers, a nod from McCartney certainly didn’t hurt.

“Black Beatles” is also the most-streamed song of the week, according to Billboard, and has surged 320 percent to 144,000 downloads sold on the Digital Song Sales chart, as well as gathering 43.3 million U.S. streams and 22.4 million on-demand streams.