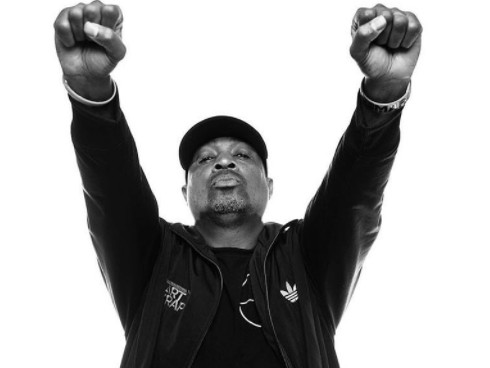 “Of course it’s a publicity stunt,” Chuck D tells HipHopDX. “It’s like when [President Richard] Nixon had James Brown. Any person who is black or a person of color, he [Trump] is going to use it like the person is on his side and that’s not necessarily so. How we read the media has to be the answer.”

While it’s unclear what exactly Harvey and Trump discussed during their talk, having a few people on the inside could prove to be beneficial in the long run, and Chuck doesn’t condemn Harvey for taking the meeting.

“The whole world should meet up with him [Trump] to keep this dude from going solo psycho on the planet,” Chuck D tells DX. “I’m sure Steve Harvey is looking at him eye to eye and cheek to cheek, not on his knees. He’s stepping to him as a man, and expects him to be accountable and see what he’s doing for black folks. I wouldn’t step to him, but who’s to say Steve Harvey can’t?”

He went on to address T.I.’s comments about people taking meetings with the President-elect and sees outspoken artists like T.I. a vital component to the future of this country and continuing a dialogue. However, he believes it’s unrealistic to think people are going to stay out of what goes on behind the White House doors.

“Steve Harvey is an adult,” he says. “T.I. is an adult. They can take it. At the end of the day, they’re on the same team—just a different position. We need people that can bark, especially in the rap community. Not every bark has a bite, but we at least need people that bark. Everybody can’t have the same role. Protests on this inauguration is very admirable from the artist community, especially black folk, but to think we going to stay out of that conversation on what goes on in the White House is naive. We should be outside the White House gates protesting damn near every day (Laughs). People are human beings. We are all different.”

While countless readers throw in their own two cents on Trump, T.I., Harvey and everything in between, the Fear of a Black Planet creator is adamant about one thing.

“We can’t read none of these comments online,” he says. “Comments on social media is like going back to the grade school. Any adult over 18 shouldn’t pay the commentary section any mind. It’s like 7th grade all over again. Expect a spitball and a milk cartoon, too.”