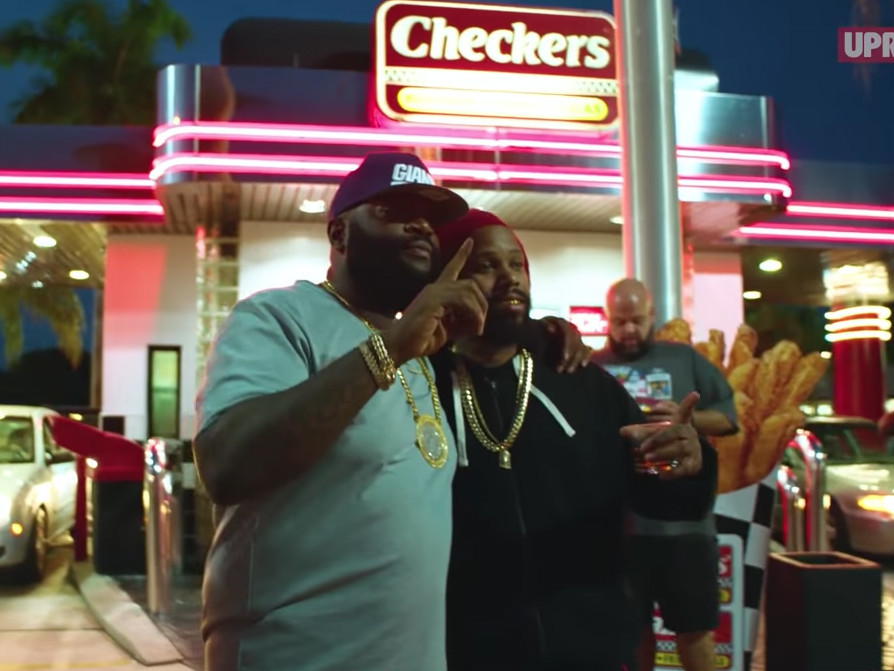 Before Rick Ross was “The Boss,” he was posted up at a local car wash at 13 years old, making a mere $30 per day for every 12-hour shift he religiously worked. Since then, the 40-year-old Maybach Music Group mogul has secured several Wingstop locations across the nation and also recently finalized a deal with Checkers restaurant franchise. In a nearly four-minute video from UPROXX, the Miami-bred rapper and entrepreneur recalls playing high school football, in addition to clarifying why he decided to buy into Checkers, aside from being the best hamburger and french fry spot in town. All of this in the spirit of his “Buy Back the Block” single.

“What made me come back and buy Checkers, I had a lot of reasons,” he explains in the video. “Providing jobs, investing back into the community, staying in touch with where you’re from. We can come back and say that a piece of this is ours. Carol City, the city of Miami, is going to be proud.”

The purchase is also nostalgic for Rozay as he shares what he loves about Checkers.

“For me being a youngster, and I believe I speak for my entire community, we all knew Checkers was more affordable,” he adds. “It’s the No. 1 hamburger in the game. The boss said it. The No. 1 French fries in the game.”

Ross is acquiring a stellar reputation for being a philanthropic entity in the rap industry. For example, in 2016, Ross paired his Wingstop connections to a scholarship program for youths in underprivileged communities, and it’s clear he wants to give back to the community that not only helped him get his start, but also to those in need. Check out the video above.