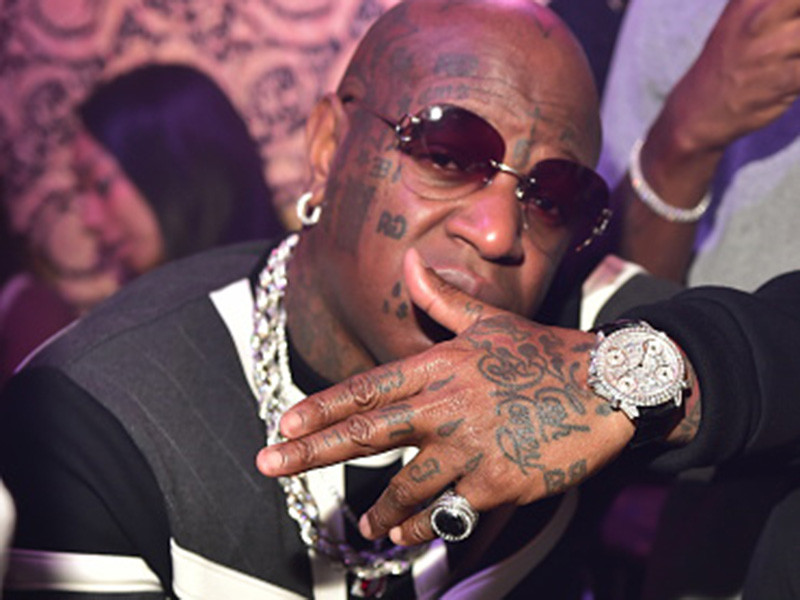 Lil Wayne has responded to Birdman’s claims that the world will hear Tha Carter V and he’s not a happy camper.

According to TMZ, Weezy’s sources told the publication Birdman is “full of shit” for saying the much-anticipated album is “definitely coming out.”

The two have been waging war since at least 2014 when the projected release date for the album came and went and then Wayne publicly said he wanted off Cash Money.

Birdman has played cool throughout the process and still refers to Tunechi as his “son.” Wayne’s sources tell TMZ it’s all for show as the CEO is trying to “look like the nice guy” to the public.

Meanwhile, Wayne’s camp says Birdman has made no moves to give the New Orleans rapper the payment he’s demanding for the release of Tha Carter V, which would be one of four releases from the Young Money leader this year.

TMZ continues by saying all hope is not lost and sources for Cash Money reveal Birdman recently met with Universal Music Group to try to figure out an answer to Lil Wayne’s legal demands so that The Carter V can be freed.

(This article was first published January 6, 2017 and is as follows.)

For a while it was looking like the only way to hear Lil Wayne’s Tha Carter V was to get on Martin Shkreli’s good side.

Luckily, the co-founder of Cash Money Records has set minds at ease over the fate of Weezy’s long-awaited album. In a recent interview with Travis Scott and Chase B on their Beats 1 radio show .wav radio, the label boss said “Wayne is one of the best artists ever to do the game, and I just wanna see him continue doing what he’s been doing, and I’mma support whatever he’s doing.”

The album has been touted for release since as early as 2013. Four years later and with no release date set, it’s understandable that fans are starting to wonder if they’ll ever hear it at all.

However, Birdman was insistent that the album would come out, saying: “Carter V coming out. It’s definitely coming out. The situation with me and my son … I’mma put all that behind us and just let it move forward.” It’s a faint glimmer of hope for Weezy fans, although Birdman still had no date for the release.

Tha Carter V has been at the heart of long-standing beef between Lil Wayne and his record label, a dispute that has seen both men take frequent public swipes at one another. Lil Wayne has regularly blamed his record label for delaying the album’s release and is embroiled in a $51-million lawsuit over his contract.

Listen to some clips from the episode (including one where Young Thug pops in) below.