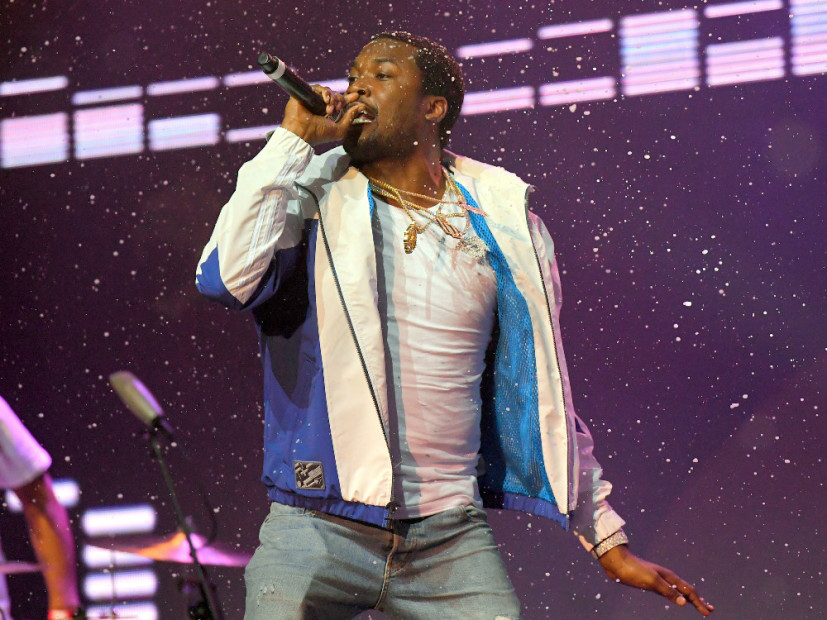 Two people were shot dead, and another two injured, in a shooting incident that took place at a Meek Mill concert in Wallingford, Connecticut on Friday evening (December 30), according to WTNH.

Meek Mill had been performing at the Oakdale Theatre, where doors opened at 8 p.m. The Philly rapper was caught on camera leaving the venue at around 11 p.m. as the first shot rang out.

In a video obtained by The Shade Room, several figures are seen leaving the venue quite casually and heading for a car before one gunshot is heard, leading to utter pandemonium. Police arrived to find four victims on the scene, two fatally wounded.

NBC Connecticut reported that state police have shut down the parking lot of the Oakdale Theatre, and released the name of one of the deceased — Travis Ward, 31, from New Haven. All shooting victims were male.

A cousin of Ward’s said of her late relative: “Travis was not into the streets at all. He’s not a street kid, and he’s not a kid, he’s a man. He was coming out with his family to celebrate his birthday.”

Local news further reported that the police are yet to apprehend any suspects in the shooting and they are investigating a hit-and-run that occurred in the parking lot to see if the incidents are related.

Meek Mill has yet to make a public comment on the shooting at the time of publication.