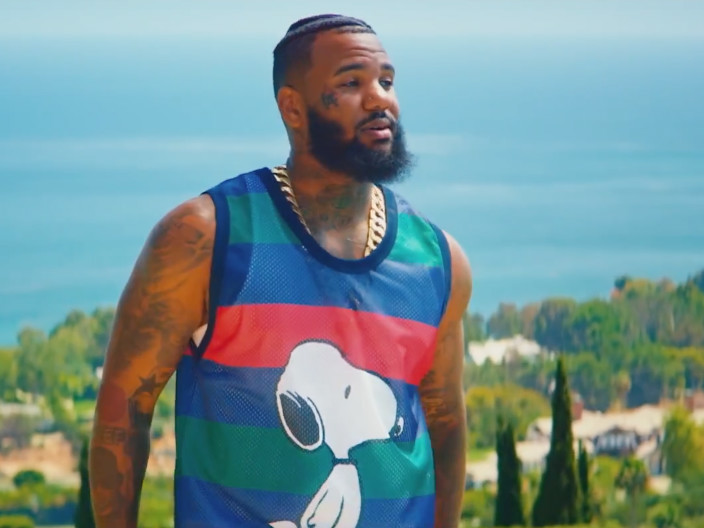 Los Angeles, CA – The Game has been given a re-trial in the case where he was ordered to pay $7 million to a woman who alleged he sexually assaulted her.

According to Bossip, a judge ruled this week that the case can go to re-trial after initially ruling that The Game could not get a second chance.

The Compton rapper first filed the request for re-trial last month saying that the $7.13 million he owed to Priscilla Rainey was “monstrously excessive.” His lawyer also said that his client missed one of the hearings due to a toothache. Rainey, a contestant on his She Got Game reality show, filed the initial suit claiming that The Game forcibly grabbed her private parts during an after-hours date.

The first hearing in the re-trial is set for January 26.

The Game apparently had a court hearing today,  in his case for punching an off-duty police officer during a basketball game in March 2015. TMZ reports that the case was postponed.

He was hopeful heading in, posting a video of himself listening to The Weeknd’s “Starboy.”

Mood: on my way to court #UNBOTHERED lit off this @theweeknd ??

And it seemingly didn’t go so well. But he’s keeping his hopes high.

Mood after not hearing good news in court: the CHAOS outside of you will have no impact on you if there is harmony & peace within you [groove theory ?] ?? (Snapchat: ? airthuggin)

The Game will not receive a re-trial in his sexual assault case as he requested, according to TMZ.

A judge denied the Compton rapper’s request because Game did not file the paperwork properly. Game was asking for a new trial or at least a reduction in the $7.13 million he was ordered to pay to Priscilla Rainey, a contestant on his She’s Got Game reality show who claimed he sexually assaulted her. The two allegedly went on a date after taping for the show when she claims he forcibly groped her.

The Game can still refile the motion for the re-trial.

Rainey first took the rapper to court in August of 2015 seeking $10 million.

(This article was first published December 19, 2016 and is as follows.)

Last month, The Game was ordered by a jury to pay $7.13 million to Priscilla Rainey, who claimed he sexually assaulted her while she was a participant on his reality game show She’s Got Game and now he wants a re-trial, TMZ reports.

The Compton, California rapper, born Jayceon Taylor, filed a motion and is asking for a new trial with a new jury, or at the very least, the amount awarded to Rainey to be cut-down. He thinks $7 million is just too much pay out for allegedly grabbing a woman’s private parts.

He’s also contesting the evidence presented including a “prejudicial” video of him and the victim after the alleged assault. Now Game wants the opportunity to tell his side of story, an opportunity he originally missed because his lawyer said he had a tooth infection.

Back when Rainey was awarded default judgment in the case in February (she took him to court for $10 million initially), The Game in usual fashion took to Instagram to clarify the ruling.

“Let’s get one thing very CLEAR: that thirsty Gatorade mascot of a transvestite WILL NEVER see $10,000,000 or anything close 2 a penny of my money,” Game captioned under an IG post. “People think because they read a headline in BOLD PRINT it’s true. She won a judgment of 10 million $’s & that means that a judge because I’m overseas has given this chicken a chance 2 MAYBE be able to afford a lifetime supply of lace front hair glue if my lawyers don’t respond to this suit by the 26th of this month which they will do tomorrow am. Soon as I’m home, me & my lawyers will EAT THIS CASE like a box of Minion Twinkies on sale at Walmart !”

He also noted that she has a pending lawsuit against VH1 that he feels she will not win.

Rainey claimed that during a date after taping for the reality game show, the 37-year-old Blood Money boss groped her while he was drunk and high at dinner.