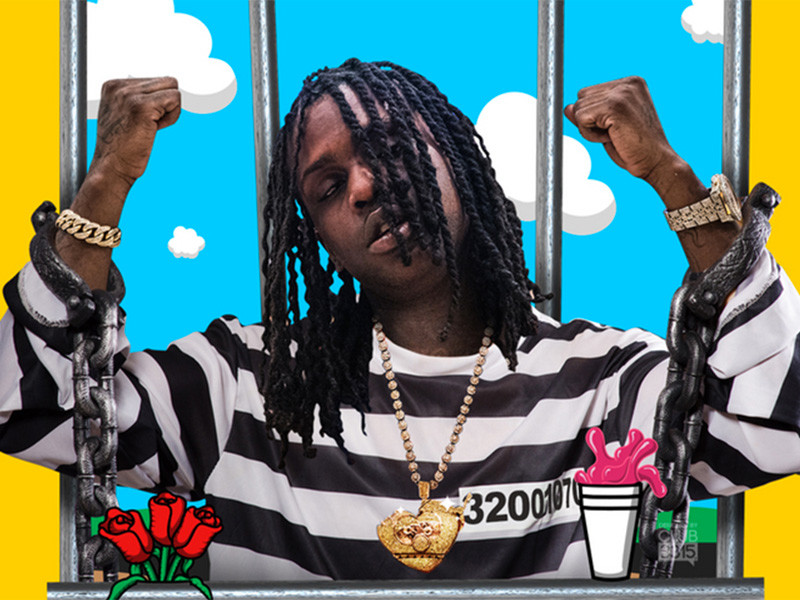 Chief Keef rings in 2017 with a new 17-track mixtape. Check out the stream here and the tracklist and cover art below.

[This article has been updated. The following was originally published on December 29, 2016.]

Chief Keef is preparing to drop his Two Zero One Seven album and shared the tracklist on Instagram ahead of its January 1 release date.

The project fittingly has 17 tracks with Sosa handling most of the production. Other producers who contributed to Two Zero One Seven include Lex Luger and Young Chop. Chief Keef appeared on Young Chop’s King Chop album this summer.

Fellow Glo Gang rapper Tadoe makes a handful of appearances on the project as well.

(This article was first published December 14, 2016 and is as follows.)

Chief Keef is preparing to ring in the new year with a new album called Two Zero One Seven in honor of 2017.

Sosa made the announcement on his Instagram yesterday (December 13) sharing the official cover art for Two Zero One Seven, which is due out January 1.

This comes after Chief Keef and FilmOn went separate ways. The Chicago rapper joined the label/entertainment company in early 2015 and released Bang 3 and its sequel through the label, owned by Greek billionaire Akil David. His contract was suspended in November of that year.

Chief Keef has mostly made headlines this year for his social media activity from announcing his retirement to clarifying a situation where someone posed as him asking for nudes.