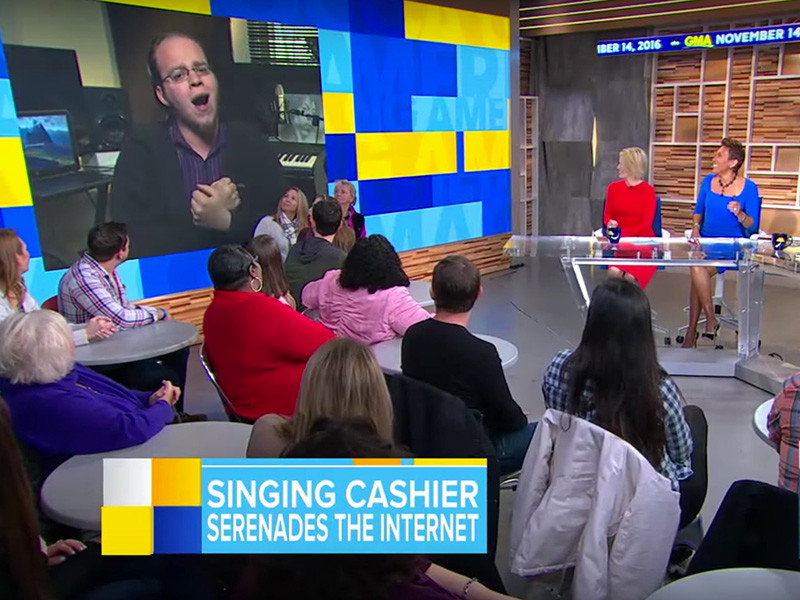 It’s things like this that are a reminder of just what a force for good the internet can be.

When Lansing, Michigan cashier Lucas Holliday was filmed singing his own stunning rendition of Maxwell’s “Ascension,” it was pretty unlikely that just days later he’d be talking to the hosts of Good Morning America after becoming a viral sensation.

If that was a shock, imagine how he felt when the hosts of GMA showed the satin-voiced grocery store employee a video of his hero Maxwell shouting him out and inviting him on stage later this week.

“I saw your video singing ‘Ascension.’ You sound unbelievable. I wanted to personally invite you on stage at my Detroit show this Friday, and hopefully you’ll join us. Congratulations! You have a sick amazing voice,” Maxwell said.

“Please, yes please, please,” responded a clearly over-awed Lucas, before being persuaded to sing a little of the Luther Vandross classic “A House Is Not A Home.”

Lucas also revealed on air that, besides being a cashier, he’s also the frontman of a funk band called Tell Yo Mama, who have a few songs on YouTube…

We imagine they’ll be getting a few more bookings since their lead singer went viral and got cosigned by Maxwell.