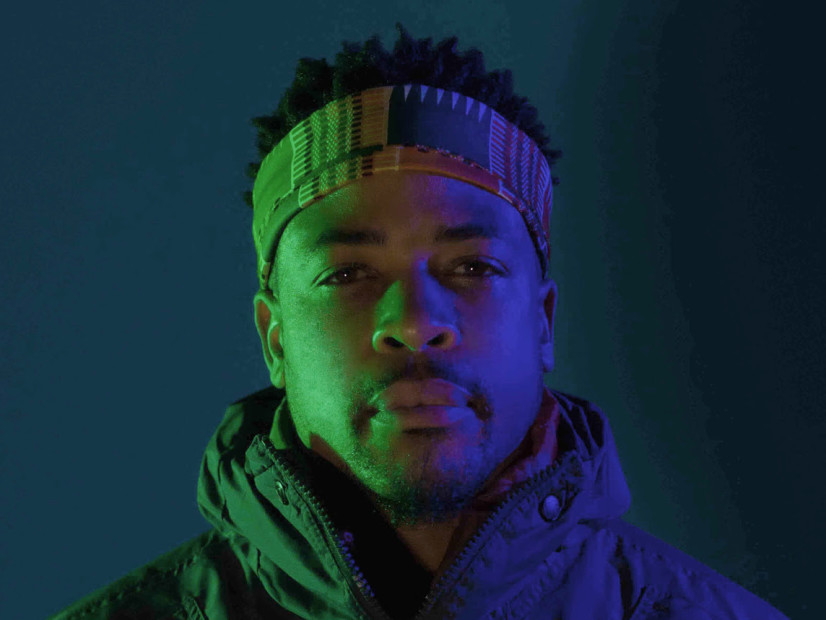 “For me, Hip Hop always empowered me. It always made me feel stronger and gave me a better perspective on the world,” said Zion I’s Zumbi.

Earlier this year, the Oakland-based team dropped their Stay Woke collaborative mixtape with Mikos Da Gawd. The project caught heavy traction due to the social-political themes of single “Tech $.” Thematically focusing on The Bay Area’s tech boom and its effect on lower income communities through gentrification, gifted MC Zumbi spit serious rhymes like “Seen it in the ’90s with the dot.com / Condo shiny popping chandons / He was still grimy, having no charm / Made a lot money til: no fun / Turned mission street into a lounge act /Junk frat boys–where they found at.” He had the right to be angry at the situation, gentrification affected him in a real way after being forced to leave his home.

As the year lets up, Zumbi returns again with The Labyrinth, which serves as a much-needed album for turbulent times. Tracks from “Saving Soulz” and “Let Me Be” to “Wake Up” is the shot in the arm Hip Hop needs at the moment. Speaking with Zumbi over the phone during Election Day for a few minutes, there was much to talk about in his righteous fight.

Dropping Stay Woke And The Labyrinth In The Same Year

“Basically with Stay Woke, I had been making a lot of music especially with Mikos Da Gawd and I just wanted to put out a project. It had been a while since the last project. The last project before Stay Woke and LabyrinthThe Rapture which was a live album. That was basically old school songs retooled with a live band. I just wanted to do something that showed where my mind was at and where I was at the music. I just wanted to start feeding people again cause it’s been a minute. I’ve been in the cut in it and I wanted to reintroduce myself. Really man in the process of making the songs, these songs are more developed and feel a little more polished. The others were raw. Basically, I took the raw songs and put them on the mixtape and the stuff I felt had a little more potential, I kept for the album. So, it’s been pretty simple.”

“I think in general, it’s pretty exploitative because you’re basically coming in saying the land isn’t worth anything. Then, when there’s some kind of rush and it’s suddenly worth money. Now, the same people who said it wasn’t worth anything are the same people who say it’s worth something and they have the wherewithal to come in to take property. The problems where it becomes exploitative is that people living there never have an opportunity to benefit from the energy coming in unless older black couples who have owned their home for a really long time start to see their value soar and suddenly they’re millionaires because they’ve been owning the house for 30 years, which is dope. However, that’s a rare case. The hard part is that Oakland is a very diverse city, but when you drive through it, it’s not as diverse as it used to be. Even where I grew up, there are now these fancy coffee shops where it’s seven or eight bucks for in the middle of the hood. It’s just crazy. There’s no people of color in there. Latinos, Asians, Black people anywhere near the spot, but it’s in the middle of the hood with hipsters. That’s what the problem is. If tech companies took a grassroots approach to help develop communities and talent from The Bay Area, that would be a great step. If they were empowering people that were already there, I would feel better about gentrification. The fact is that it’s almost about building with no consideration of culture and people who have already been here. They’re evicting people and snatching away business already there. That’s the attitude that comes with it.”

Can Gentrification Be Avoided?

“When I made the song, I was really just talking about Oakland and then when I put it out, people talked about it happening in Vancouver, New York, Chicago and Los Angeles. This is definitely a national thing and possibly global. Was there a hidden document that the regular people don’t get, but somehow, these city officials or mayors are getting? Who made the doctrine who had this going down? It doesn’t seem like people know about the shit and you look up and all of a sudden it’s like goddamn. Prices in the city are going up and people can’t afford it. People moving out to the suburbs. It’s a trip. If there was more of a unified energy between the powers that be and the people, but that’s not the way it goes down. Normally, they get pimped by the powers that be. I don’t know.”

“I think the shit we doing is wholesome and I’m saying we’re not without fault or problems cause obviously we live on planet earth. Muthafucks like to see sex and violence. You want to see someone get murdered and hear about some sexy girls that someone met and you know. That’s what entertainment is in this society. How we feel about things like oppression and stuff is less sexy, but more real. It’s more about what everyone is dealing with in the world on a daily basis. You turn people’s struggle into cartoons.”

“We did our first tour in 2001 and I think we went up and down the coast and midwest. And, I feel like the music travels by itself and it’s surprising when we go out and people tell us about songs they’ve heard from us. It has its own life and breath by itself. Once you put it out in the internet, you never know where it’s going to end up. You could be real popular anywhere. Lately, we’ve been very popular in ski towns because one song got licensed for a snowboard video and now we got fans in the mountains. Once you put it out there, you never know what’s going to happen.”

Listen to The Labyrinth below: