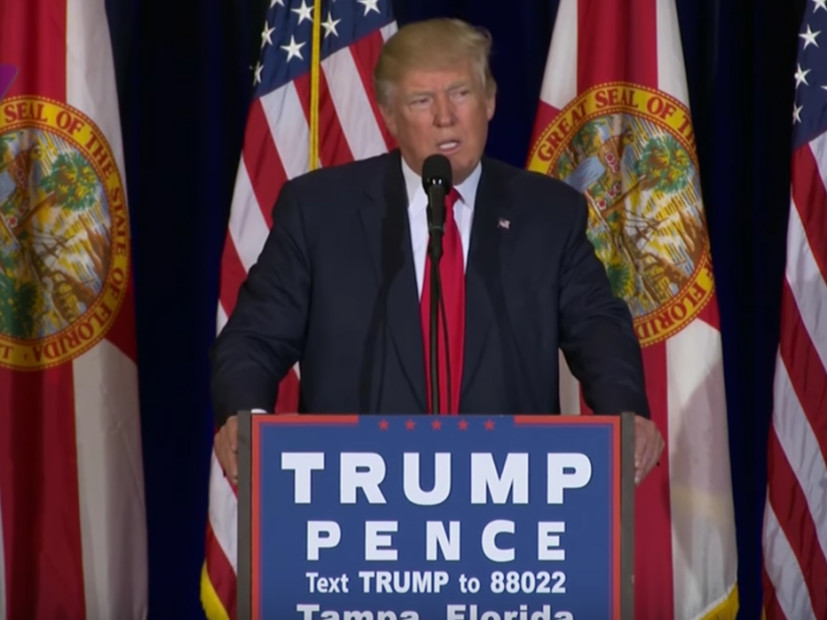 Sarasota, FL – As if things aren’t already bad enough, Republican presidential nominee Donald Trump has reportedly declared Hip Hop as nothing more than “talking,” according to CNN. Taking aim at Jay Z and Beyonce’s participation at a Hillary Clinton rally, he questioned whether the musical genre was “talking or singing,” while ironically chiding Hov for using profanity during his performance.

“The language is so bad and as they were singing — singing right? Was it talking or singing? Right? But the language was so bad,” Trump said today (November 7) at a rally in Sarasota, Florida.

The Donald has been feeling the heat due to his own crude language when a taped conversation leaked where he said he could grab women “by the pussy” because of his celebrity. He compares his own situation to that of the rap mogul’s.

“He used language last night that was so bad,” he continues. “Then Hillary said, ‘I did not like Donald Trump’s lewd language.’ I’ll tell you what, I’ve never said what he said in my life, but that shows you the phoniness of politicians and the phoniness of the whole system, folks.”

At one of his own rallies, Trump was again in hot water when Don King slipped and said the n-word. T.I. had some harsh words for the infamous boxing promoter after that gaffe.

His snide criticism of rap is one more strike against Trump at a time he is aiming to seek approval from the Black community. Last month, the aspiring POTUS said, “African-Americans are living in hell and are living — in, in the inner cities, I mean, they’re living in hell. You walk to the store for a loaf of bread, you get shot.”

Americans will, of course, turn out in droves tomorrow (November 8) to vote in one of the most divisive elections in U.S. history. It’s safe to say Trump won’t be listening to The Blueprint or any other classic Hip Hop record to get in game mode.