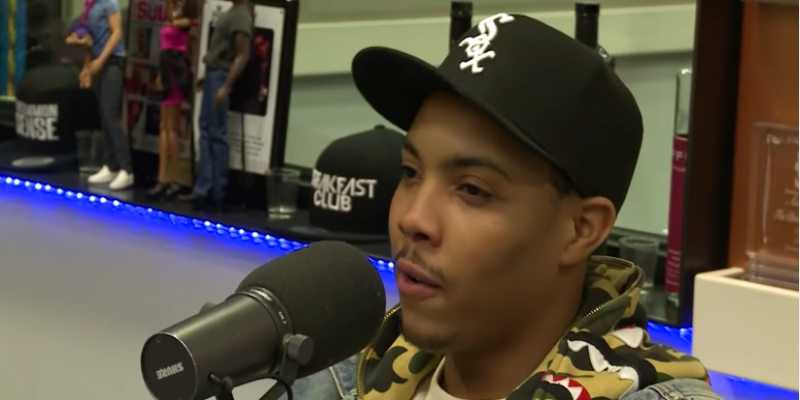 New York City, NY – Chicago rapper G Herbo stopped by 105.1FMs The Breakfast Club this week to chat about all things Chi-town in honor of the Chicago Cubs historic World Series victory after a 108-year wait.

Herbo pointed to Envy, Angela and Charlamagne early in the interview that he is, in fact, a diehard White Sox fan from the East Side of Chicago but “still gotta support the Cubs ‘cos they Chicago.”

The 21-year-old rapper also pointed out that Game 4 of the World Series was the first baseball game he ever attended, so he has a small suspicion that he’s the one who reversed the curse.

On more serious matters G Herbo, real name Herbert White III, spoke about the catastrophic levels of violence that are currently being seen in Chicago. Musing on why the murder rate is so high, G Herbo sounded wise beyond his years, saying “They want a name. They’re morals are all backwards. It was about territory, money, progress, doing stuff for your family, still having morals at the end of the day.”

“The kids need someone they feel genuinely cares about them, that provides stuff for them to do…  We’d go to summer camp with our youth centre, Six Flags whenever we had the chance growing up. Kids don’t have that no more, and a lot of times they don’t even want to choose the path they’re going down, they’re just followers.”

“It’s only two things that come with the streets: jail or death, and I was ready for jail or death at any moment.”

G Herbo described that he got out of that life by being super-focused for the last two years. “You can’t be fifty-fifty, you can’t be eighty-twenty, you gotta be 100%.”

Despite this focus, Herbo almost missed out on a big opportunity when he hung up on Nicki Minaj when she called him to offer him a verse on her 2014 street single Chi-Raq: “I promise… We were like ‘Hell no, this ain’t Nicki calling at 3am in studio.’ Then it just came back around two days later and we realized it was her. She wasn’t playing around. I love Nicki, I can never thank her enough for it.”

You can watch the full 47-minute interview below.