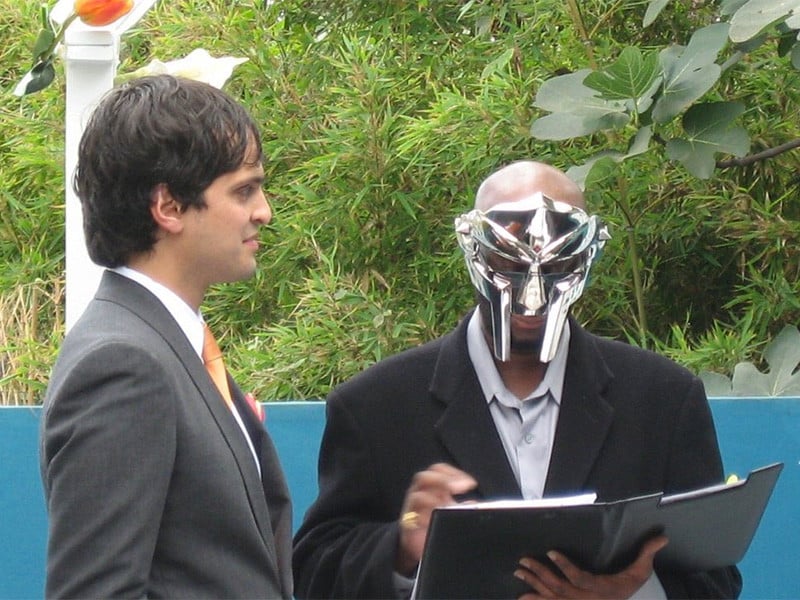 An MC. A producer. A time traveler?

While initial reports suggested that photos circulating of MF DOOM officiating a wedding wearing his iconic super villain mask were taken as recent as last month, the images were in fact taken in 2009. Yes, 2009.

In the same year DOOM released his sixth studio album Born Like This, the British-born record producer officiated the wedding of close friend and former Stones Throw Records manager Eothen “Egon” Alapatt – and it appears the photos have only recently landed in the hands of the masses, despite having floated around online before.

In response to the reports, Egon took to Twitter to confirm the legitimacy of the photos but to also clarify that the images are indeed over seven years old.

@westothejack Wes! Yes. And it was in 2009. Never believe the internet.

Considering MF DOOM’s mystique, fans online were sent into a frenzy when these snaps surfaced on social media last week. And, seeing as it is Halloween season after all, DOOM officiating a wedding in his super villain mask didn’t seem too outlandish. Nevertheless, it turns out that this is a prime example as to why the internet should never be trusted.