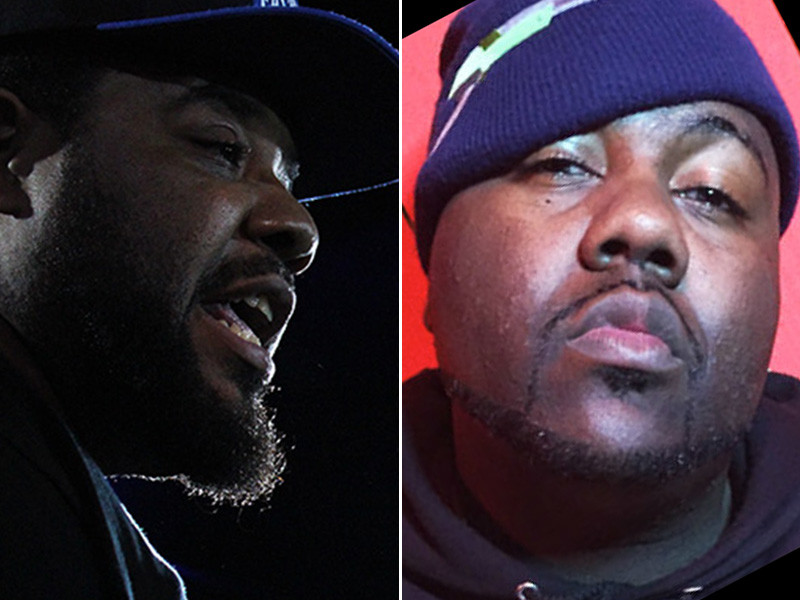 Mistah FAB is stepping back into the battle rap arena to face off with one of the biggest names in the current scene, Charlie Clips.

The legendary Oakland rapper is headlining against the Wild ‘N Out cast member at the “No Mask” event he helped put together for his hometown with battle rap media outlet Rap Grid. His goal with the event is to put on for the city, which he says has been in a drought of battle events.

“It wasn’t no sponsors,” FAB told HipHopDX over the phone. “I did all this outta my own pocket. If the event doesn’t do anything I’m not gonna cry about it. I’m not gonna say that’s $50,000 down the drain. Nah, it was a fun time. I put on for my city.”

While Oakland used to be a mecca for West Coast battle rap in the late 2000s, the city has been lacking a major platform putting on consistent events for several years now.

IF YOU GOT LOVE FOR ME PLZ RP THIS The battle is today!!!!!!!!! CALIFORNIA STAND UP WEST COAST BATTLES I brought it to you LIVE AND DIRECT OAKLAND

“It’s another event for me to bring to the city. There’s a void in my city and I’m actually filling that void with what they’re requesting. I think it’s possible for me to keep it going,” he explained.

The event is bringing a heavy dose of top tier battlers to the city, including FAB’s opponent Charlie Clips, who hasn’t battled in the city since October 2013.

Since then, he’s become one of the most popular battlers on the planet, consistently placed at the top of cards against the biggest names the leagues that book him have to offer. He’s caught flak for not always living up to expectations throughout three rounds, but seeing as how his match-up with FAB is a one-rounder, it’s unlikely that will be an issue here.

FAB knows what he’s getting himself into with battle, and his approach is to just enjoy himself.

“Go out. Go have fun,” he says of his gameplan for Clips. “I enjoy it man. With these guys, this is what they do. This is their career. This is how they make a living. With me, it’s just enjoying it. It’s my competitive urge.”

But just because FAB does it for the fun doesn’t mean he’s not going to bring some fire.

“It’s like one of those celebrity games,” he explains. “It’s for fun and it’s all charity. But if Michael Jordan try to guard me I’m gonna try to Iverson him. This is still their lane and they are the perennial and prominent figures in this domain. So I’m just gonna do my best and go have fun, but that doesn’t take away from my approach from my competitiveness. I’ve watched the previous battles several times and watched myself and noted things that I should’ve and could’ve improved on. It’s all about delivering it and packaging it up.”

FAB’s intense battle with Arsonal for King Of The Dot in January 2015 has done more than 750,000 views on the channel, although it wasn’t particularly well-received by the league’s hardcore fanbase.

“A lot of people thought it was biased. They thought me being at home, [the crowd] wasn’t really giving Arsonal a chance to get his bars off. Maybe they said some of the etiquette of what I was doing wasn’t cool, or fair. That’s from the hardcore critical fans. Some people enjoyed it. A lot of people didn’t understand. I have people that like battle rap but can’t tell you all the particulars. They watched it and didn’t understand the level of disrespect that Arsonal took it to … But this is the script that Vince McMahon wrote. It’s like wrestling.”

He says he’s studied the game tapes and refined his approach ever more for Clips.

“They know I come from it, and for those that don’t know that, just to give them a slight reminder.”

FAB will be among some of the top talents in the scene right now, since the other four battles on the card feature some huge names.

One to keep an eye on is the grudge between John John Da Don and Daylyt, who’ve been firing shots at each other over Twitter and in interviews for what feels like years. Both have stayed busy with multiple battles this years, as well as their own outside endeavors, with Daylyt currently touring with Hopsin and John John Da Don finding success with his own BullPen Battle League in Atlanta.

Special thanks to my brother @hopsinson for blessing me with this opportunity to be a part of this savageville tour !! My first show was epic they was rocking with your boy !!

After being part of one of the best battles at Saturday night’s King Of The Dot event in Los Angeles against E. Ness, St. Louis punchliner B Magic will jump into the ring again with Cortez, another vet who has been on a consistent streak of solid performances in 2016.

Established battle legends Arsonal and Serius Jones will also finally face off in match-up they’re both clearly interested in winning. Check out their heated face-off video below.

Check out some more video blogs from Rap Grid below, get event tickets here or catch the live PPV stream here. Follow @BattleRapDotCom on Twitter for updates too.