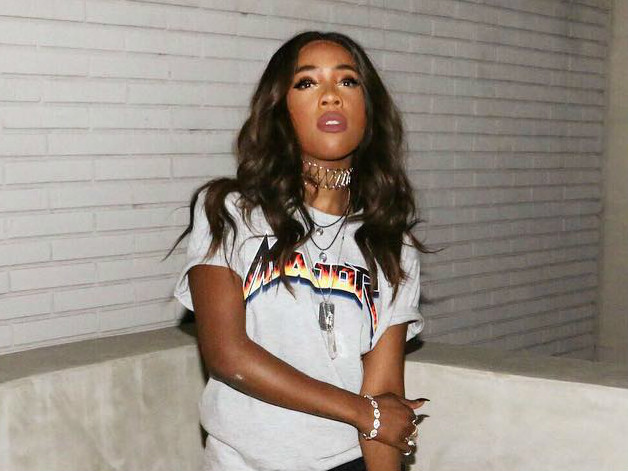 Philadelphia, PA – The Philadelphia 76ers are acknowledging that they were in the wrong when the team canceled Sevyn Streeter‘s performance of the National Anthem this week when she wore a jersey that said “We Matter” to the game.

The organization issued a statement on Twitter apologizing to Streeter and offering her the opportunity to perform the “Star-Spangled Banner” at an upcoming game of her choice.

The #Sixers have released the following statement of apology to @sevyn following National Anthem decision. pic.twitter.com/kcGwhpkutb

So far, no response from the singer on social media.

Mere minutes before Sevyn Streeter was set to perform the national anthem at the Philadelphia 76ers’ season opener last night (October 26), the songstress, who wore a “We Matter” jersey, said she was told not to perform the song. The NBA team was set to face off against the Oklahoma City Thunder.

Shortly after receiving word of the decision, Streeter shared the news with fans on Twitter.

“I’m at the 76ers game to sing the national anthem. And the organization is telling me that I can’t because I’m wearing a ‘We Matter’ jersey,” she said in a video uploaded yesterday.

Was suppose to sing the anthem at @sixers & @okcthunder game but mins b4 @sixers said I couldn't because I was wearing a "We Matter" jersey pic.twitter.com/wjoJN3rq0r

Streeter further elaborated on what went down during her interaction with the team, while speaking with the Associated Press.

“I’d say two minutes before we were about to walk out…the organization told me that I could not wear my shirt while singing the national anthem at their game,” Streeter said. “I was never given any kind of dress code. I was never asked beforehand to show my wardrobe.”

The R&B musician said she was greatly troubled following the organization’s decision to nix her performance.

“I was angry, extremely, extremely angry and disappointed and honestly brought to tears by all of it. It broke my heart,” she said. “Honestly, I was very excited about being able to perform the national anthem. I was really looking forward to that.”

The 76ers, who had a cheerleader perform the “Star-Spangled Banner,” have issued a statement on the matter, but did not directly address Streeter’s canceled performance.

“The Philadelphia 76ers organization encourages meaningful actions to drive social change,” the statement said. “We use our games to bring people together, to build trust and to strengthen our communities. As we move from symbolic gestures to action, we will continue to leverage our platform to positively impact our community.”

The national anthem has been a hot topic, especially since San Francisco 49ers quarterback Colin Kaepernick started protesting the song by kneeling during NFL games. His actions were imitated by several across the league and the NBA has anticipated similar demonstrations as the season begins.