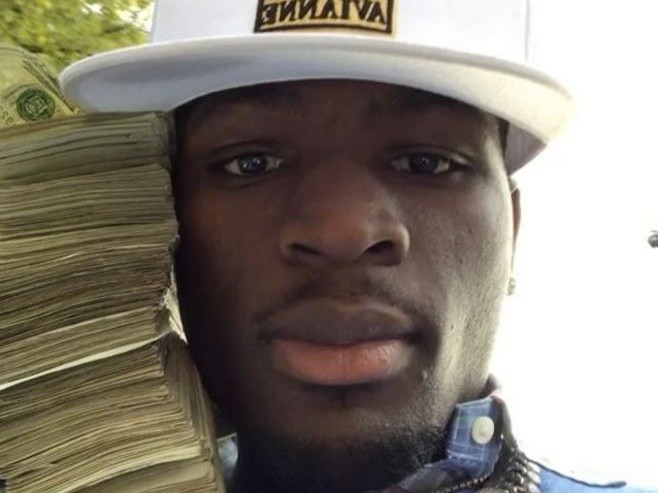 Ralo Makes It Rain On Homeless After Tiring Of Strip Clubs

No longer content with making it rain at the likes of Magic City or Onyx, Atlanta rapper Ralo recently visited the outside of a homeless shelter to make it rain on “the poor people.”

“Fuck going to the strip club, all the niggas wit money let’s go to all the homeless shelters and make it rain on the poor people… #RALOHOMELESSCHALLENGE,” Ralo wrote in the caption to the video.

In the clip, which was uploaded to Instagram last week, Ralo threw a wad of cash at a small crowd of people waiting in line for food.

“They forgot that food…Aye man, y’all go buy y’all something to eat,” a man cackling throughout the video can be heard saying.

Fuck going to the strip club, all the niggas wit money let's go to all the homeless shelters and make it rain on the poor people… #RALOHOMELESSCHALLENGE

While speaking with 11Alive, Ralo recalled “making it rain for all the wrong reasons” while at the club with Gucci Mane recently. And in regards to throwing money at the homeless, the musician explained that if he was homeless he wouldn’t care how the money was delivered.

“I feel like I’ve been throwing money in the club all my life,” he said. “My friend Gucci Mane and I was in the club making it rain and I just wasn’t feeling it. I was making it rain for all the wrong reasons … If I was hungry, I wouldn’t care if people throwed it to me or handed it to me, as long as I got it. No matter how much good you do they’re still gonna say something bad about you.”

Though some have been praising his charitable ways, Ralo has also been met with a great deal of criticism for his method of doling out cash.

He again clarified his stance on the matter in a caption to a photo uploaded to Instagram yesterday (October 24), promising that he would keep helping people.

No matter how much good you do, they still gone say some bad bout you. I get 10k just to perform in the club why the hell I can't give back to the needy. I been making it rain in the clubs all my life AN ain't nobody neva said shit bout that but when I give it to those that really need it, it's a problem. Ain tell nobody to laugh nor did I tell anyone to fight over the money. I went to several different shelters that day AN did the same thing. I know I made many people day AN helped them a lot so really fuck wit you talking bout, AN guess what… "I PLAN ON DOING THIS MORE"… #ralohomelesschallenge coming to ah shelter near you…