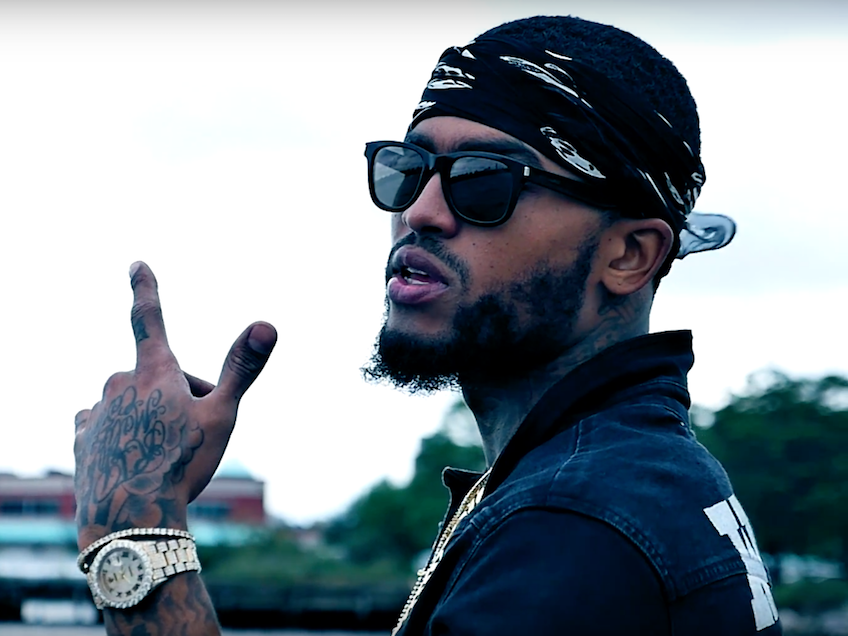 In a swift tweet-and-delete move, Dave East answered the question that many women have been wondering. Yes, David Brewster Jr. is indeed single.

He made the announcement today (October 23) on Twitter and it had the ladies offering up their ovaries on a silver platter to the Harlem rapper via social media.

Dave East tweeted that he's single… gotta find a way to put the spell on him pic.twitter.com/iAqV92nz1s

Dave east is single. My fucking day is made.

Since the tweet has now been deleted, whether or not the “Type Of Time” rapper is truly single is still up in the air, but the thirst arising from Dave announcing his bachelorhood is hilarious nonetheless. Shoot your shot, ladies.

The 28-year-old just had a baby girl this past March that he named his 10th and most recent mixtape after, Kairi Chanel. He stopped by DX Headquarters in Los Angeles earlier in October for DX Live and spoke to us about Kairi Chanel, the New York music scene and being led by Hip Hop legend Nas.

He also spit a fire freestyle, so in case you missed it check it out at the 40:41 mark below.