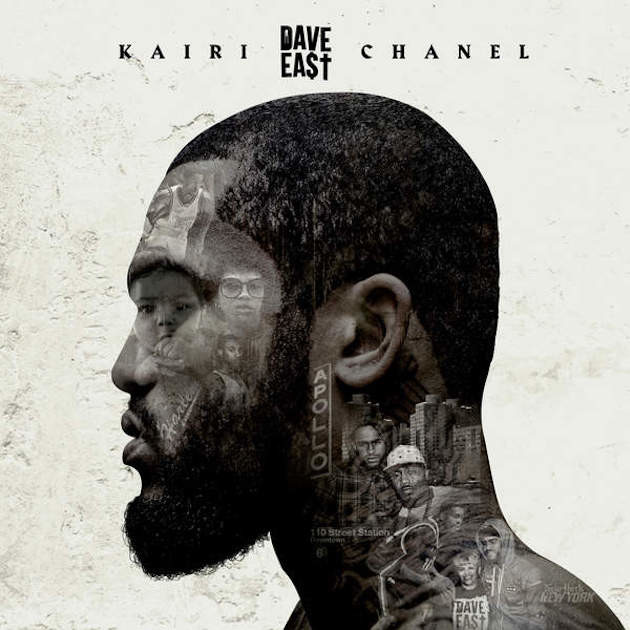 Fans who waste precious minutes of life complaining about the new age “mumble rapper” don’t have a leg to stand on when there are artists like Dave East achieving moderate success in their own pair of unlaced Timbs. The Harlem-bred rhyme gunner has followed the path hollowed out by notable East Coast acts such as Mobb Deep, Onyx, Hell Rell, etc. without resembling a forced reincarnation of that era. In other words, if menacing New York raps never lost their grip on the culture’s dictatorship, East would likely be the new voice of authority for bodegas and boroughs everywhere.

In short order, East has become recognizable for his ambidextrous flow, whether he’s reporting live from his NYC stoop or entangled with some of the more popular rap ethos from neighboring regions. And it’s paid off, as the news sets in that the 28-year-old street poet will now be operating underneath the Def Jam umbrella while still holding down the fort over at his Mass Appeal home base. His debut album, Kairi Chanel, immortalizes his recently born daughter’s name and highlights both his inconsistencies and the rawness of a real-life baller turned pro rapper in the same blunt wrap package.

The project’s most thorough record, “Don’t Shoot,” cleverly touches on that, as he revisits his bio while smoothly addressing the nation’s current plague of Quick Draw Bettys gunning down African-Americans. The project’s most sonically pleasing record, “Type of Time” — with its melancholy piano backdrop and bouncy cadence — puts East’s talent centerstage with lyrical acrobatics: “Prince of my city, what’s that about/They heard I could spit, tryna rap it out/They reach out they hands tryna dap it out/I go in my zone and I’m blacking out/We traveling, we don’t just map it out.”

Paying homage is also a virtue for a dude with A-1 street credit as he calls upon a couple of East Coasters who helped solidify hardcore Hip Hop as the culture’s dominant commercial allele once upon a time. “S.D.E.” is the straight-to-hood-DVD sequel of Cam’ron’s sophomore albums as the two Harlemites exchange vivid wordplay on the dangerous thrills of their stomping grounds, and Beanie Sigel stands tall on “The Real Is Back” to remind whomever it may concern that his legacy can’t be defined by an Instabeef. The catchy back-and-forth is a great example of how East can inject surrealism into his music to expand his audience.

The complete opposite can be said for “Eyes on Me,” his duet with Fabolous, where the two capable MCs eschew an opportunity to bar-the-fuck-out and waste four minutes Auto-Tuning how gold diggers choose the rapper at the club.

Which is a prime example of the missing link in East’s artistry. It will be interesting to see how his new major label situation can elevate commercial prowess, as there is zero worry at this point he’ll compromise his sound for record sales. Kairi Chanel employs producers like Cardo, Big Jerm and Buda & Grandz, who all provide subtle yet excogitating melodies for East to spill his soul over, but there is nothing on the level to cement any track in career-defining contentions. Street flavor like “30 Niggaz” all but comes naturally for East and while the entertaining “Keisha” may carry on the narrative mastered by Mobb Deep’s Havoc and exhibit a penchant for storytelling, it doesn’t exactly scream innovation all the same.

Dave East’s no-nonsense approach to rapping basically guarantees himself work for years. It’s up to him on whether or not he runs the block or Billboard. Kairi Chanel has plenty of indicators that suggest the latter.