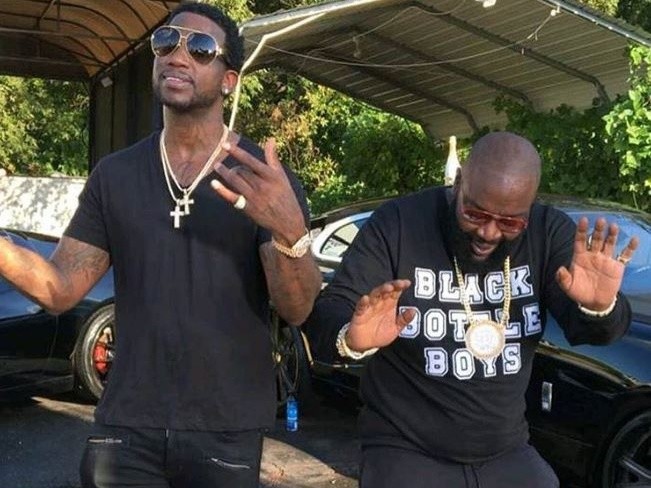 As Southern rappers Gucci Mane and Rick Ross were filming the music video for their upcoming “Buy Back Da Block” record, shots rang out close to the Atlanta set for the video.

In amateur footage filmed by those observing the shoot, which was located on Atlanta’s Cleveland Ave., Ross and Guwop can be seen filming a scene on top of a gas station just before several shots are heard in the background.

Both rappers, as well as a handful of others on the roof, quickly ducked as the shots rang out.

Meek Mill (days into his social media hibernation) and 2 Chainz were also on set, but it’s unclear if they were present when the shooting took place.

Despite the shooting, Gucci appeared unfazed. He shared posts from the video set on his Snapchat (with no gunshots) and then uploaded a series of videos from the strip club afterward, including a reminder of the December release date for his next project, The Return Of East Atlanta Santa.

Rick Ross shared a series of photos to his Instagram profile. No mentions of a shooting were made.