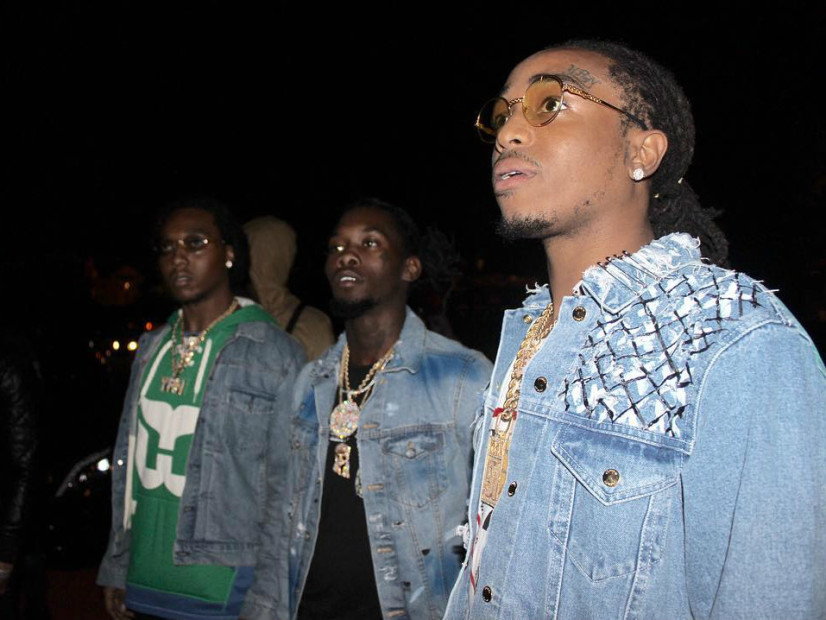 A few days after calling out 300 Entertainment for supposedly holding Migos’ sophomore album, Culture, Quavo has shared the project’s tracklist, or at least a draft of it.

The Atlanta MC posted an image of a green posterboard on Instagram with a list of songs. Most of the production credits are blacked out with a marker, but a few cuts, such as “Sky High” and “Get You There,” both produced by Murda Beatz, are listed as “Maybe.” A song called “Be Quiet” is produced by Dun Deal, who was responsible for the “Hannah Montana” beat.

Migos has been releasing a slew of singles through its #MigosMondays series, including “Money Counter” and “Pull Up.”

Culture is the follow-up to YRN: Yung Rich Nation, which dropped in July of last year after the group made a name for itself with a huge run on the mixtape circuit.

Check out the potential Migos’ Culture tracklist below.