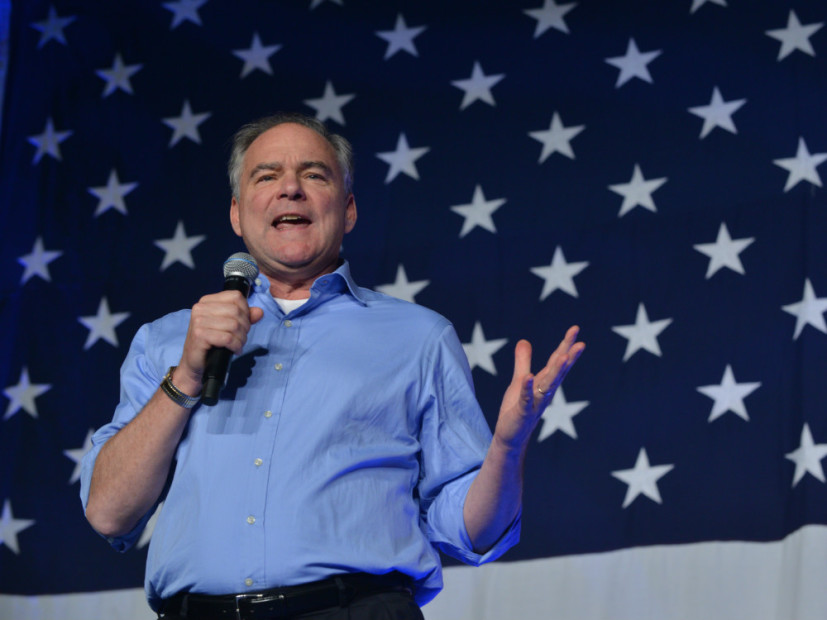 Hillary Clinton’s vice president running mate, Senator Tim Kaine, is now joining in on the race to get the black vote by calling himself Lil Kaine, a nod to Lil Wayne.

He used the nickname in a recent interview with “No Limit Larry & The Morning Maddhouse” on North Carolina’s Power 98 FM as he signed on just after the hosts played Chance The Rapper’s “No Problem,” which features 2 Chainz and Weezy.

“They call me Lil Kaine, not Lil Wayne,” the Virginia representative says as the hosts erupt in laughter.

This election has seen politicians needing to reach out to the black community in ways like never before. Ben Carson, who is black himself, put out a cheesy rap ad in hopes of connecting with the black youth and earning a bid to run for commander in chief. Republican presidential nominee Donald Trump enlisted former Apprentice star Omarosa Manigault to help his campaign, but stumbles over himself as he seemingly automatically associates black people with inner cities. Clinton, who once infamously used the term “super predators” is now offering a chance to meet Pusha T for those who register to vote.

Listen to Senator Tim Kaine’s full interview here and listen to him calling himself Lil Kaine below.

"They call me Lil' Kaine not Lil' Wayne" – Tim Kaine on @Power98FM making me cringe pic.twitter.com/dbzxpI418F