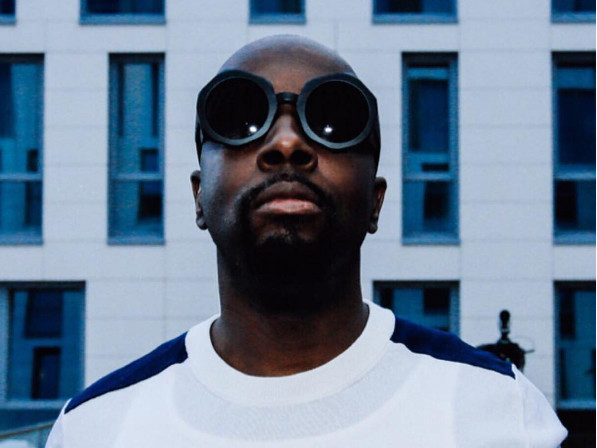 Although a possible Fugees reunion is still up in the air, mastermind Wyclef Jean was open to discussing his new music as the Fugees’ second and final album, The Score, inches past its 20th anniversary. However, the situation going on in Jean’s homeland of Haiti seemed to be at the forefront of his mind. Hurricane Matthew‘s destructive path has already taken over 1,000 lives in the small Caribbean country.

“When you live in these regions, you’re not going to avoid natural disasters,” Wyclef explained in an interview with John Norris for Pigeons & Planes. “But somehow different islands are able to manage it in a way that they’re able to prepare for it through logistics, before it happens. The situation in Haiti, the whole southern coast—it’s sort of like the levee situation that happened in New Orleans. Very low-lying, there are cars floating, lots of destruction and the amount of deaths, they are not sure yet. The urgency right now is for shelter, wearables, and food and medicine.”

Wyclef also went on to explain his hiatus and where his mind was during the past seven years since his last album, From the Hut, To the Projects, To the Mansion, was released. He attributes his absence to a “John Lennon moment,” referring to the late Beatles member who spent five years away from music. Throughout his break away, Jean often would drop random singles here and there, but nothing too concrete. Three months ago, however, he resurfaced with “Hendrix” from his EP, J’ouvert.

“The focus for me has not been the music,” he explained. “You can basically see when I checked out of music and had my John Lennon moment. So similar to John Lennon, I might put a song out here, a song out here—but the idea of a complete body of work, it takes a certain amount of focus and sacrifice. I could put a song out here or there, I could do that. But now, my brain has been concocting what is starting to sound like Carnival III. And it starts off with the new EP called J’ouvert, to celebrate the culture.”

Next summer, Wyclef will continue the Carnival album series with Carnival III: Road to Clefication, the third installment of albums that mix genres and generations. Unlikely contributions from Joey Bada$$, Emeli Sandé, Daryl Hall and Pusha T pepper the Caribbean-themed project. Young Thug, who has a song called “Wyclef Jean” on his Jeffery album, also pops up on Wyclef’s J’ouvert EP with “I Swear.” While “Hendrix” retains an “acoustic-trap” vibe, he also assured fans that’s not the overall feel of J’ouvert. It’s simply another evolutionary step in Wyclef’s musical journey.

“Keep in mind that Wyclef is known as an innovator,” he said. “Through my whole career there hasn’t been any form of music as a producer that I haven’t tapped into. I mean listen to The Carnival or Shakira ‘Hips Don’t Lie,’ Santana ‘Maria Maria,’ Whitney Houston ‘My Love Is Your Love,’ Lil Wayne, Akon—any real Wyclef fan would not be like, ‘Oh did Wyclef go trap?’ They automatically know that this is a transition. I love sonics, so for me, this was branded ‘acoustic trap,’ and that’s what it was: a fusion of acoustic guitar against the trap sonics, you know what I mean? Those who know me know this is what I do. I cross genres. And if I’m inspired by a certain sound, I’m gonna do that sound.”