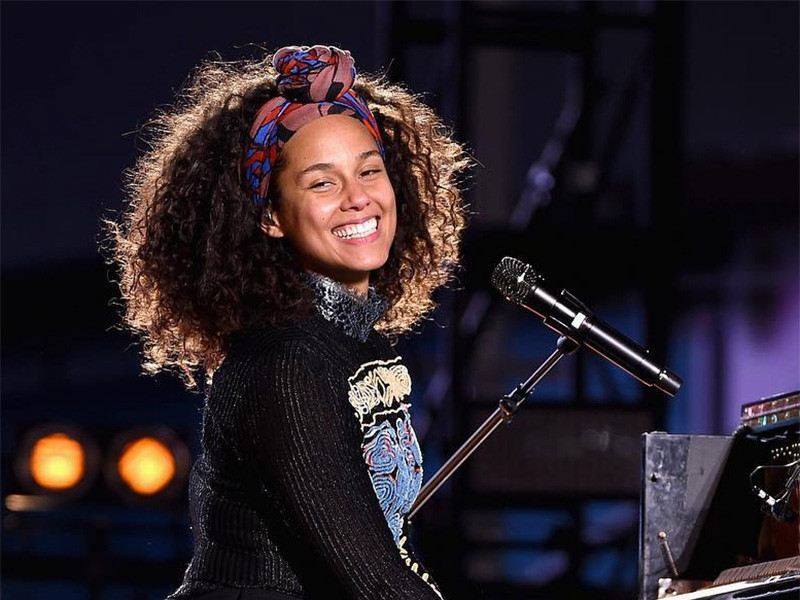 There are enough songs about New York that it would probably take longer to name them all then it would to clean the Chrysler Building with a toothbrush — but even so, Alicia Keys’ “Empire State Of Mind” is one of the most iconic, especially in recent memory.

Alicia Keys is a proud New Yorker from Hell’s Kitchen, Manhattan and last night she decided to call out one of the other most prominent New Yorkers of the day: Donald J. Trump.

“[This man] whose name rhymes with “Scum” has the nerve to talk about grabbing pussy?” Keys asked the crowd, looking totally bewildered.

“You know what I say to that?” Keys then stood up from her piano to raise her middle finger high, prompting many in the crowd to do the same.

#PressPlay Who knew #AliciaKeys had this in her! Dragged #DonaldTrump

Keys’ comments are very obviously a direct response to the latest controversy that the Trump campaign has suffered after footage emerged of Donald Trump describing sexually aggressive behavior toward women.

A hot mic picked up Donald Trump speaking to Access Hollywood’s Billy Bush in 2005 saying, “When you’re a star, they just let you. You can do whatever you want to them. Grab ’em by the pussy.”

He also described his failed attempts to seduce a married woman, using the phrase “I moved on her like a bitch.” Many Republicans have since unendorsed their nominee and called for him to withdraw from the race.

Keys made the remarks at an event at New York’s Times Square promoting her upcoming album, HERE. She wasn’t the only iconic New Yorker on stage, either. Jay Z joined Keys for a performance of “Empire State Of Mind,” and his old rival Nas took to the stage to perform “One Love” from his debut album Illmatic.

All politics aside, further footage from the event makes it look like it was the place to be last night.