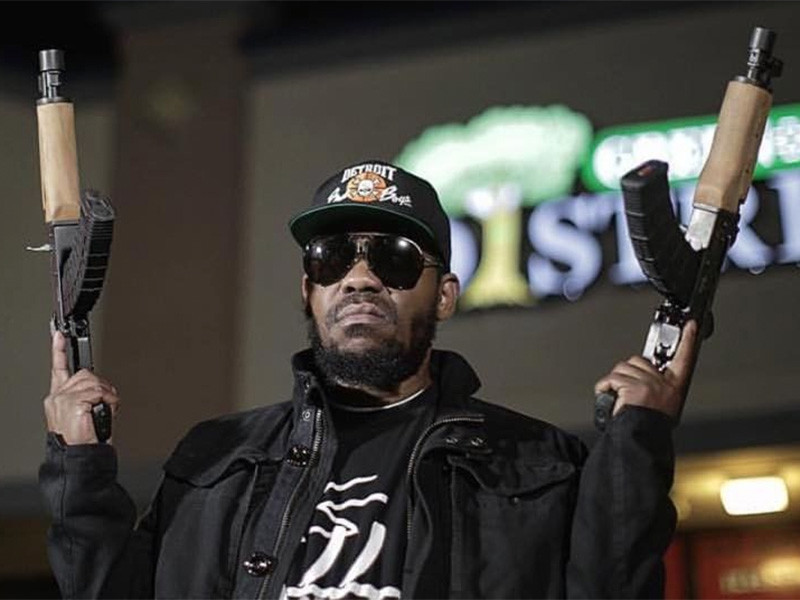 Philadelphia, PA – Beanie Sigel shared a snippet of an upcoming diss track, whose target doesn’t seem to be that clear whether it’s Meek Mill, Teefy Bey or The Game, today (October 4).

“Somebody got to die” Beans spits in an Instagram clip of the song. “This guy, this guy/Even when somebody mama throwin’ a fish fry/Bigger the beef, bigger the clip size.”

Coincidentally, a few days before, Meek Mill paid a visit to Funkmaster Flex on Hot 97 and spit a freestyle that included a few shots at Beanie. He even name-dropped Drake and 50 Cent.

A series of posts on Beanie‘s Instagram indicates he’s got something cooking up. One post is of cover art with a bloody middle finger for an unreleased song called “Whoever Ain’t Gang Gang.” Another post shows the Philly legend toting heavy artillery.

“Fuck whoever ain’t GANG GANG!” he vehemently captioned in another upload.

The calm before the storm❗️

The 42-year-old South Philly MC was pulled into the Meek Mill versus everybody meleé when he first teamed up with the Dreamchasers rapper on a diss track aimed at The Game over Young M.A.’s “OOOUUU.” Beans claimed to have helped Omelly and Meek write their lyrics too, and then soon after got knocked out by one of their affiliates backstage at the Bad Boy Family Reunion Tour.

He then explained the whole situation on Taxstone’s Tax Season podcast and expressed that Meek might be holding a chip on his shoulder because he didn’t appreciate a piece of advice he gave him in regards to his relationship with Nicki Minaj.

“What’s the real reason why [Meek] was mad at Drake?” Beans asks. “In my point of view? You was laying in the bed one night, you rolled over and you looked at her and you asked her, ‘You fuck that nigga?’ And she ain’t answer you in the way you wanted to.”

S/O to @beaniesigelsp & @bthomas365 that was a good look last night. New video on the way. Fuck whoever ain't GANG! GANG! my nigga back at it. Motivation against everything #NMG