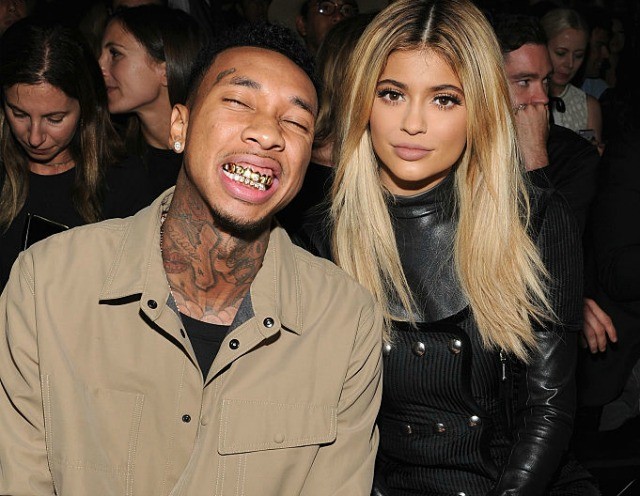 Los Angeles, CA – Tyga, 26, has been in a heap of legal trouble over the past few years, which started to snowball in 2013 when celebrity jeweler Jason Arasheben sued the rapper, alleging he owed him an excess of $270,000 in unpaid jewelry expenses.

According to documents obtained by Entertainment Weekly, Tyga’s on-again, off-again girlfriend Kylie Jenner is now being dragged into the melee. Arasheben’s attorney, Danny Abir, is reportedly planning to question Tyga about his income to maintain his opulent lifestyle, and Jenner about the lavish gifts she’s received from him, including a $320,000 white Ferrari 482 Italia and $200,000 black Mercedes Maybach.

Last month, another lawsuit was brought against Tyga by a landlord who claimed he had damaged rental property belonging to F&S Investment Properties, but that wasn’t the first time. In 2015, he was sued by another former landlord for $70,000 in back rent while juggling yet another lawsuit for breaking a contract with a Las Vegas nightclub.

Both Tyga and the 19-year-old reality TV star must be available for examination between now and October 6.

“Our client, Jason of Beverly Hills, has a judgment against [Tyga],” Abir told Entertainment Weekly. “Until he pays off this judgment, unless he has other means of paying off this obligation and does, his sources of income used to buy these extravagant gifts or to support such a lifestyle should be used to satisfy his obligation. That potentially includes the gifts themselves.

“We will ask him questions related to his finances, such as to his source of income to support his lifestyle as well as to pay for the extravagant gifts he buys Ms. Jenner,” he continued. “He will have to answer under oath and so will Ms. Jenner.”