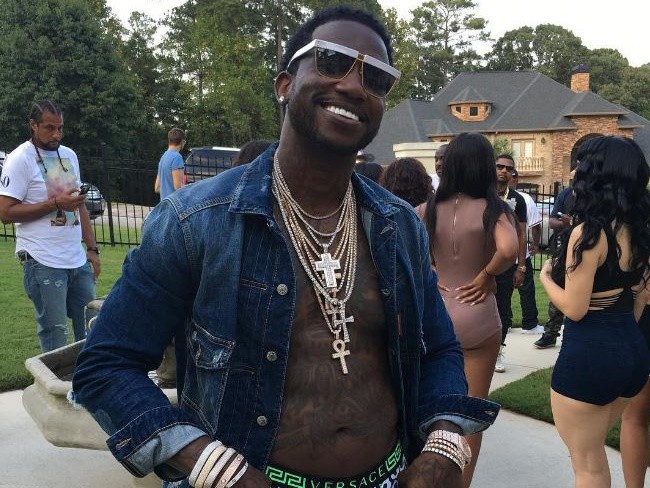 After freeing himself of his ankle monitor this week, East Atlanta rapper Gucci Mane is making the rounds in the media now that he’s no longer on house arrest. One of his first stops was Hot 97 where he discussed his deaded relationships with Nicki Minaj and Waka Flocka Flame, a possible collaborative project with Drake, and more.

In regards to a mixtape with Drake, Gucci did confirm that it’s a strong possibility, but added that both of their schedules have kept such a project from coming to fruition just yet.

“We mentioned that we was going to do a mixtape together,” Gucci Mane said while speaking with Funkmaster Flex. “But he was on tour. And I was on house arrest. So, I like working with Drake. I feel like he’s super dope. And I’m the truth, so it’ll be a great thing to do. But at the same time, we still gotta find time to do it…Eventually, it should come out. But if not, we damn sure got Woptober coming 10/17.”

A little over one year after Waka Flocka Flame informed weary fans that Gucci Mane was still “[his] boy,” Gucci revealed that he hasn’t spoken to the rapper in three years, and is now “done” with the former Brick Squad artist.

Toward the end of his interview with Flex, Gucci was asked what the biggest difference was in the time between going to prison and getting released. He explained that social media has eclipsed older marketing methods (like DVDs), but adds that he’s had no problem catching up with the times.

“I remember when everybody was doing the DVDs to promote they self,” Gucci said. “And it was super big…Instead of doing that now, you can do that on Snapchat. You can do that on Instagram. It’s the same thing. But you can do it yourself…I’m just taking the platforms and doing it a different way. Doing it bigger.”

Watch video of Gucci Mane speaking on a possible mixtape with Drake below.