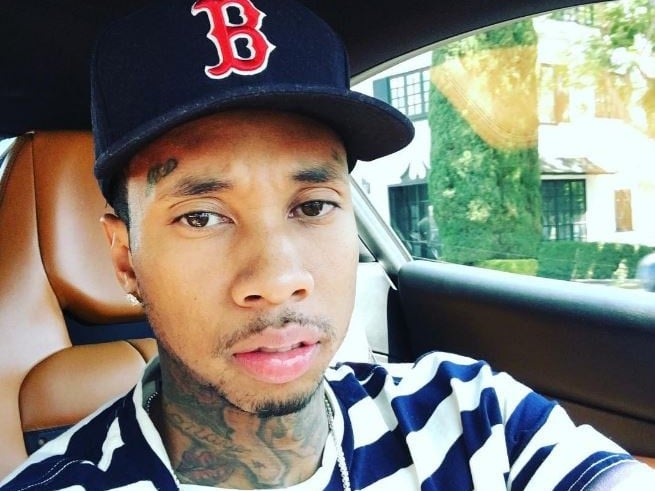 Lil Wayne Did Not Approve Of Tyga's Exit From Young Money

It appears that Tyga has found himself in the middle of the tug of war between Lil Wayne and Birdman.

TMZ reports that Lil Wayne is less than pleased that Baby let Tyga out of his contract with Young Money Records without first consulting him. Given that Weezy is founding partner and 49% owner at Young Money, he allegedly felt that at minimum, his signature was needed for Tyga to be dropped.

Weezy would have reportedly vetoed the move, if he had been consulted and Tyga would probably still be on the Young Money roster.

Following his split from Young Money, Tyga has since found refuge at G.O.O.D. Music. Earlier this month, during a G.O.O.D. Music pop-up show in New York, Kanye West announced that Tyga serves as one of the label’s newest signees.

Before the drama between Weezy and Birdman blossomed, the newfound G.O.O.D. Music artist served as one of the first to express his indifference with Young Money/Cash Money.

In October of 2014, Tyga revealed on Twitter that he had been held hostage by Young Money while waiting on the release of his Gold Album. T-Raww then informed fans that he would not be with Young Money for much longer.

“Gold album been done. my label holding me hostage so i can’t release nothing. might just leak it for my fans then let them make $ off it,” Tyga tweeted.

Gold album been done. my label holding me hostage so i can't release nothing. might just leak it for my fans then let them make $ off it.

This was a foreshadowing of what was to come months later when Wayne made his  own claims that Birdman is holding Tha Carter V and he wanted off Cash Money. That battle is still going on as Tunechi has a $51 million lawsuit against the label CEO.