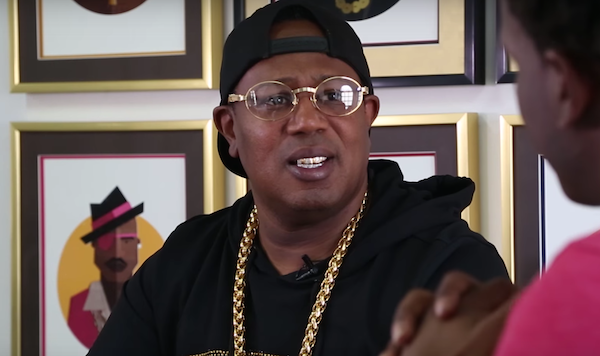 Master P’s relentless 2016 continues. No Limit’s Colonel has already unleashed a nationwide pop-up tour, introduced the No Limit Boys to the Hip Hop lexicon, announced an upcoming biopic based on his life (starring Queen Latifah), released the loaded G Mixtape, and started a SnapChat show offering priceless career advice for free to the world. Oh, and he just launched the #BoutItChallenge which is designed to bring awareness to bullying in schools.

Percy’s on a tear and he details all of the above, along with the hot tea on his upcoming ESPN 30 For 30 feature in an upcoming conversation with HipHopDX. In the preview below, Master P weighs in on Lil Wayne and Birdman’s contentious contract dispute and yesterday’s news that Rap-a-Lot Records founder J. Prince intends to muscle his way into the unfortunate fallout.

“When you talk about [J. Prince], that’s the big homie,” Master P tells HipHopDX exclusively. “It’s always much respect and love for him. Maybe this thing needs to go to somebody that can’t let them know, like, ‘Man, what is y’all fighting over? Y’all did this together…’ J ain’t the type of person who gonna get in they business or nothing like that because he respects the streets. I feel like he’ll probably give them some advice, but that’s gonna be on them because that’s really their problem. I think J got a lot of respect for what they’ve done as a team and coming from the south. It’s like a marriage: even though you ain’t gonna be together, you’ve gotta figure it out. It’s like me, I gotta work it out with my ex-wife for my kids. It ain’t even about me no more, but I gotta do what’s right for my kids.”

P reiterated his respect for the empire Birdman and Lil Wayne built and also reveals that he’s been working with Weezy in the studio.

“I think they’re eventually going to work it out because they’re hurting theyself,” he says. “They both losing money. I think Lil Wayne is probably one of the biggest artists in the world. Nobody’s gonna be able to take that away from him. I think that Baby built something from Louisiana and people got to respect that. Together they made something powerful. Now they just gotta figure out how to go separate ways with it. I’ve been working with Lil Wayne. I’ve got another record with him. Shout out to little homie. I definitely want to see him win.”

Master P’s wide-ranging interview with HipHopDX will be released next week. Watch this space.