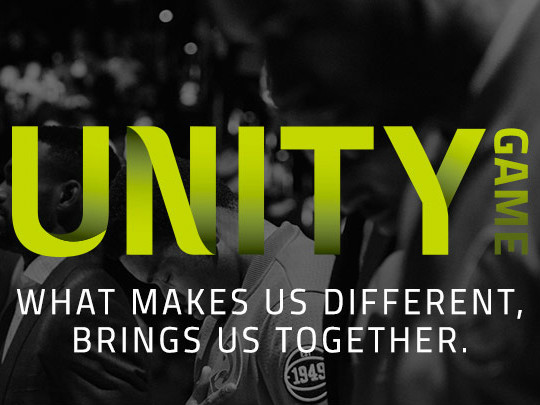 Atlanta, GA – The Atlanta Hawks are hosting a Unity Game when they play the defending champion Cleveland Cavaliers on October 10.

The NBA team made the announcement today (September 15) via press release. Game day will feature videos with commentary from both teams explaining what unity means to them. At halftime, National Center for Civil and Human Rights CEO Derreck Kayongo will speak to the crowd about how to live in harmony with each other and the Atlanta Hawks Foundation will announce donations to various social justice organizations. The team will also participate in two service events prior to the game. The Hawks will volunteer with different charities throughout the city and then take part in the 46th Atlanta Pride Festival.

“Our organization has seen firsthand how a sports team, its staff and every member, can positively affect the morale of a city. We have a brand promise to entertain and unite the city of Atlanta and we think our Unity Game is another great step toward keeping that promise,” Atlanta Hawks CEO Steve Koonin said. “We are thankful that the Cavaliers share similar values of inclusion and diversity and understand the importance sports can play beyond the court.”

The whole concept of the Unity festivities stemmed from a team-wide meeting held July 19 when racial tensions were high in the United States after the deaths of two black men at the hands of police and multiple shootings directed towards police officers.

Another response to the racial tension in America is a protest of the National Anthem in the NFL. San Francisco quarterback Colin Kaepernick sat on the bench and took a knee during the “Star Spangled Banner” in a preseason game, which sparked various demonstrations in the opening week of the season. Denver Broncos linebacker Brandon Marshall lost two endorsement deals for choosing to take a knee during a game against the Carolina Panthers. Russell Simmons offered the Super Bowl Champion a sponsorship from RushCard in the midst of the controversy.

The Arizona Cardinals and Seattle Seahawks made team decisions to stand in unity during the National Anthem.